Arcade Love. (a.k.a Ge-sen Love) contains action games and shooting games for up to 4 players at a time, which has been well-played at arcades all over Japan.
Arcade Love. contains three games:
[Action-game Skill Test]
Just beat enemies one after another, control joystick fast to run fast, play Whack-A-Mole, or play ding dong ditch. Action-game Skill Test is an action game including such mini games with humor, and measures your action-game skills as a gamer age.
It is an action-game edition of one of our arcade games, Shmups Skill Test, which was released in 2007 and well-reputed.
[Shmups Skill Test]
Shmups Skill Test was originally included in an arcade game 'Shooting Love. 2007' and attracted a wide range of game players. The first-ever, exciting feature was that you can measure gamers age. While preserving the original feature, Shmups Skill Test is now upgraded to play up to 4 players, even on horizontal screen.
To measure your gameplaying skill as gamers age, you play various mini games, such as: just defeat enemies one after another; just dodge enemy bullets and put shoot empty cans into the trash.
[COMBATZEAL]
The first-ever, local multi-player shooting game on multi windows! COMBATZEAL is a shoot'em up game that focuses on score attack on the divided screen into the same number as the players’. The stages vary in play style; a stage for undemanding score attack, a stage where all the enemies in your screen will disappear if you cannot shoot out the enemies faster than other players, and a stage you can obstruct the other players by powering up.
You can casually experience gameplaying, which you enjoyed in game comics before while not playing before. Thus COMBATZEAL is a combat shmups like never before. 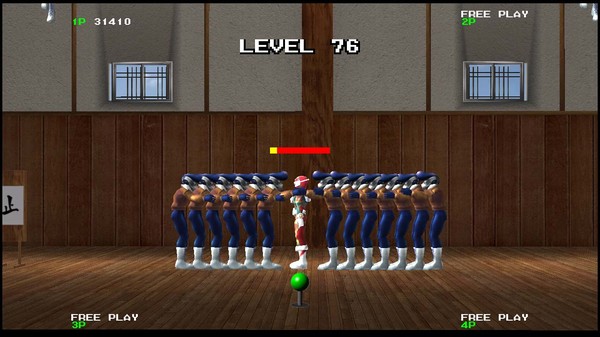 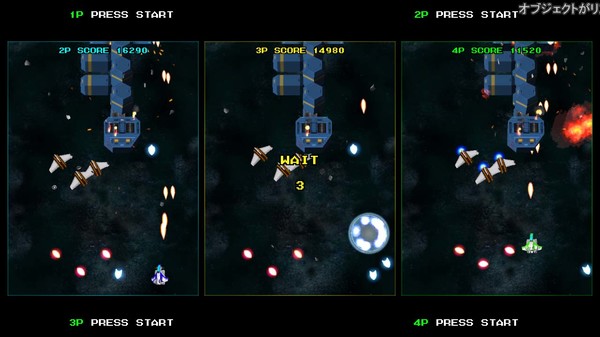 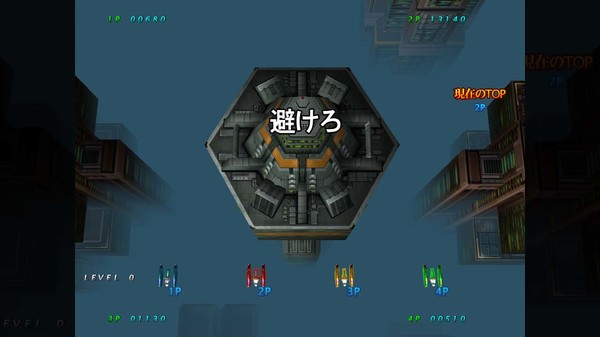 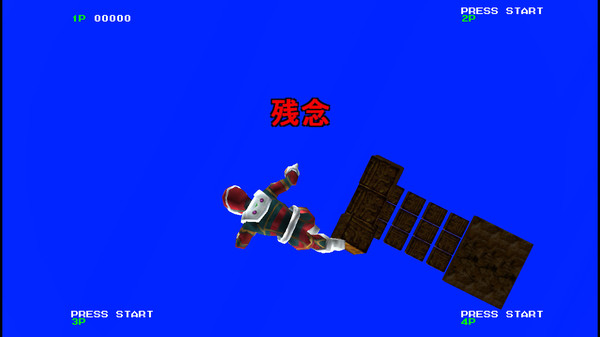 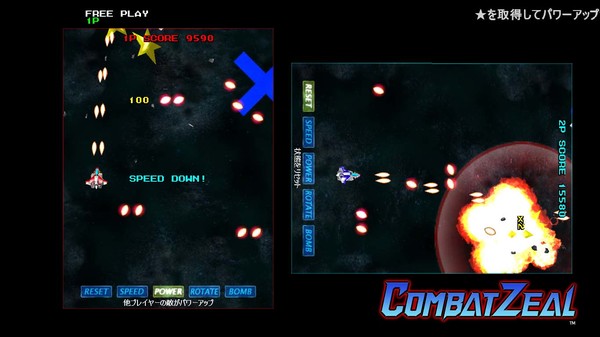 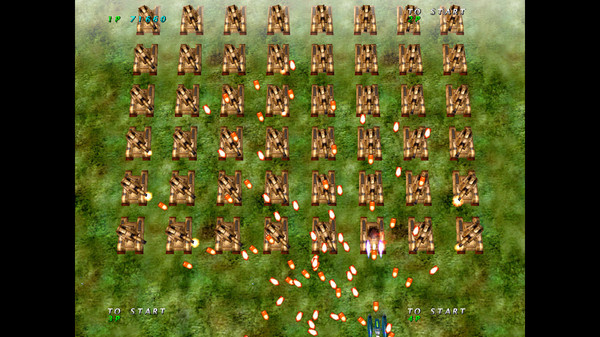 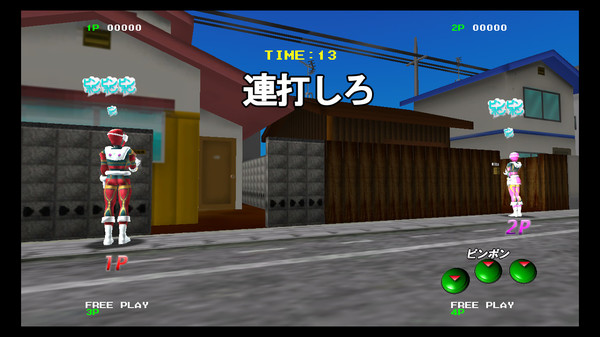 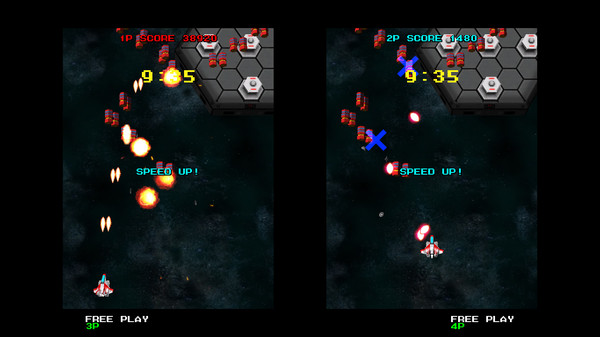 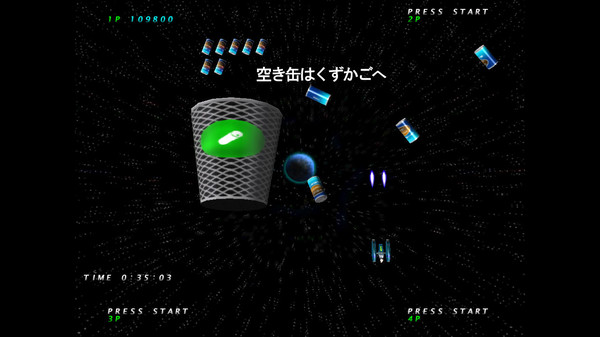