Strain Tactics
is set in a cyberpunk, apocalyptic future where the earth is overrun by an infectious, space-borne alien strain. Thematically, the game is a huge nod to the Hard SF of the 80’s, and the game is a realtime, squad-based tactical ARPG experience, driven by sandbox mechanics and robust controls.
Command a Heliborne Assault Force
You're a re-cloned war veteran who is put in command of up to 5 Ground Team members, and are tasked to lead a special heliborne task force to defeat this alien Strain in your region. You play from the vantage point of your Helibase overlooking the action.
Drag-control system
The commander draws paths for their units to follow, and visually seeing the paths your forces will take allows a commander to ‘choreograph’ and predict the flow of battle. Units following paths can even be made to force-fire, turning it into a run-and-gun system.
This functionality is to accommodate players who lack finger-dexterity, but by NO means exhausts any kind of finesse-based play for more hardcore types. There are instant manual-override features that allow you to control individual or multiple units and their firing arcs all in real time, and on the go! This means that the combat can be experienced as "Command and Conquer-like" or as "Syndicate-like" as one can handle.
Pause-control system
If you have zero dexterity and even less pride, then this is for you!
Close Air Support
This Helibase also features weapons systems that you control manually, to support your Ground Team from above, such as miniguns, autocannons, and cluster bombs.
Free-form insertion/extraction with the Helibase
The Helibase acts as a 'level' unto itself where you can board your units to ferry them from your home base to mission sites and back again. Creatively execute missions based on your own playstyle and experiment with novel and fun approaches!
80+ playable characters, and countless combinations with over 150 unique items and weapons.
Every character can equip a weapon, and come with 1-3 extra inventory slots of varying capacity. Equip your squad on the fly, complementing their strengths and personalities with gear to adapt to any situation.
Traits and Psychological management
The game features 80 playable units with varying traits and AI-driven personalities that, for example, automatically position themselves out of harms way, allowing a more natural and organic-flowing combat model.
Infection and Decontamination
Infection/decontamination plays into how you choose which characters round out your ideal Ground Team. You can recruit Droids that do not get infected nor suffer psychological penalties, but have deficits in other areas, or go in miniguns blazing with psychotic cyborgs. Infected units also affect the morale of those nearby, and a fully matured infected unit will erupt into a number of Strains, destroying the unit in the process. Keep those decon pills ready at all times!
Levelling and Bodybag System
Most of the playable characters in the game have the opportunity to level up their ability to do more damage, resist more damage, and endure encumbrance from carrying items. The good news is, death is never the end for a combat clone, and Body-bagging offers a way to recover, and revive, your precious fallen team members from a mission gone bad. (Or just sell their corpses off for much-needed credits!)
Sandbox-style replayability
The game features over 30 maps with unique scenarios, such as Hunter-Killer, Escort, Retrieval, Perimeter Defence, and Clean Sweep, in which the commander engages different types of Strain and even hostile human units and combat drones. Each of these can be approached in countless ways, and are designed for a commander to express their individual play-style and tactics. 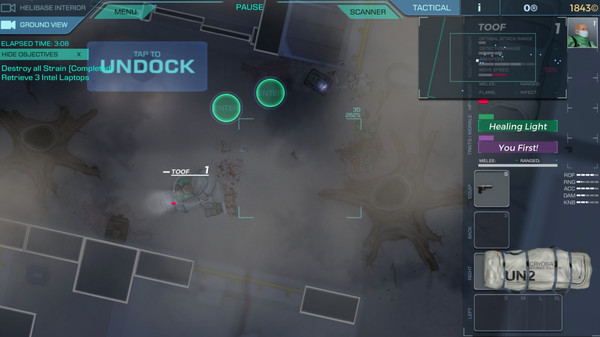 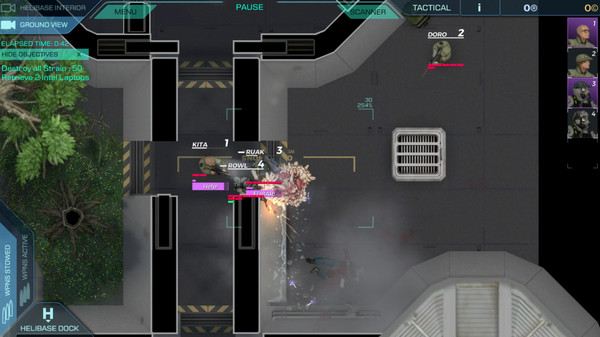 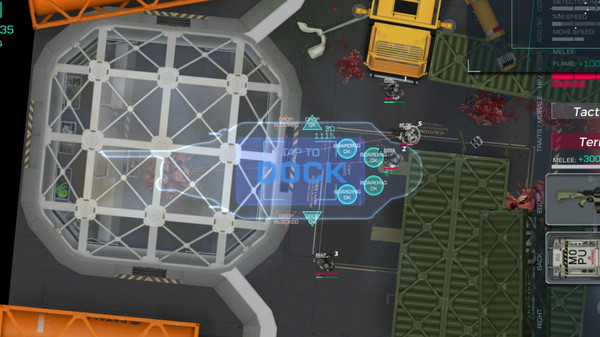 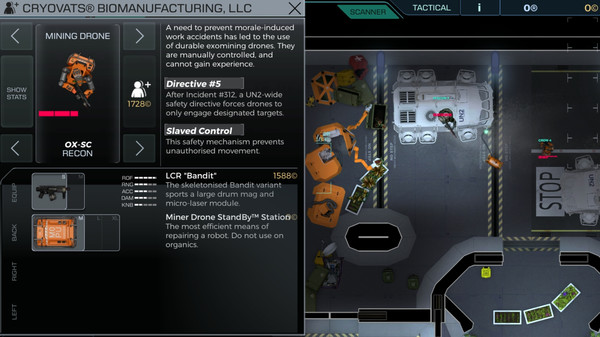 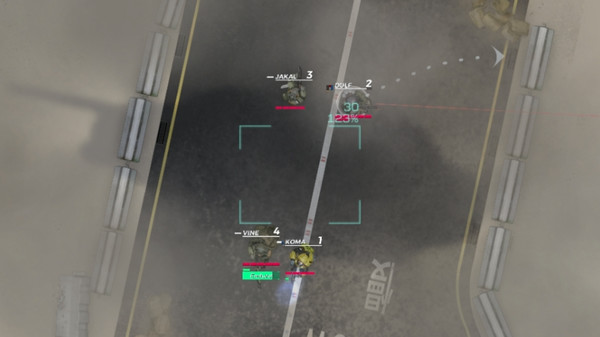 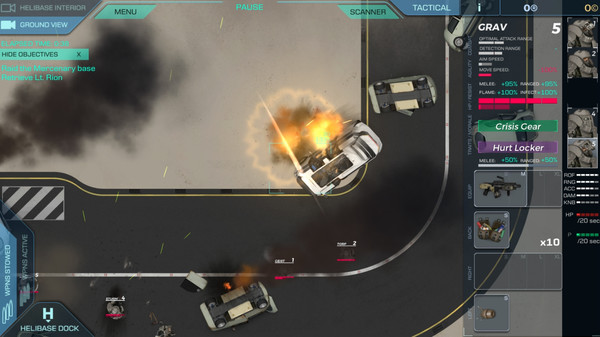 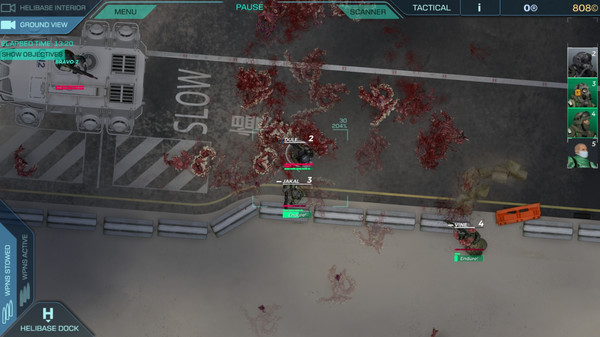 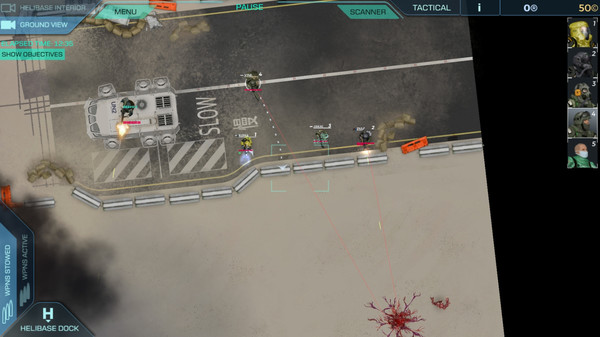 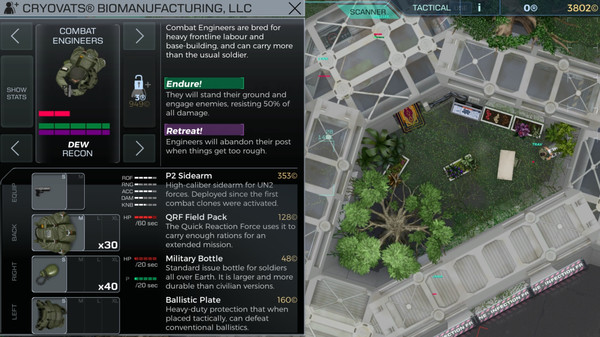 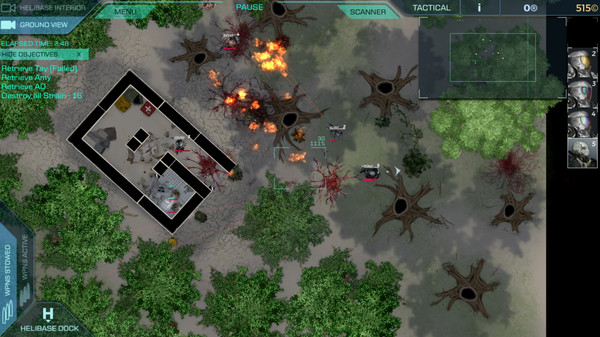 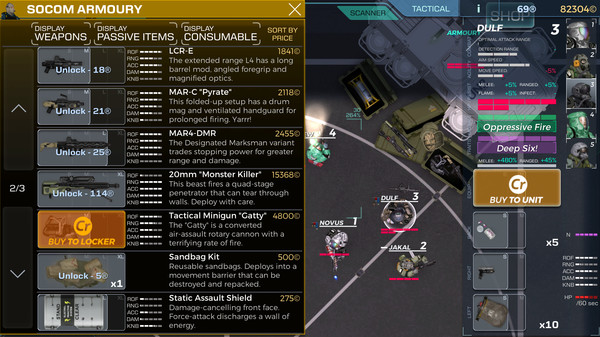 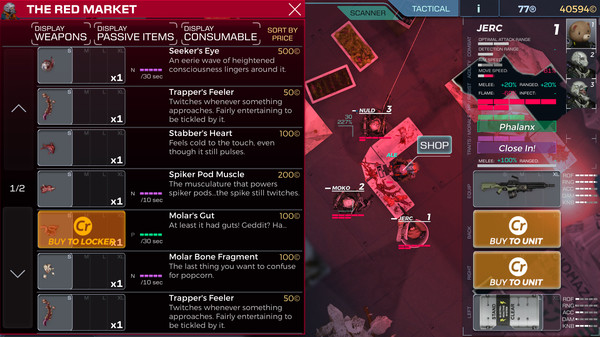 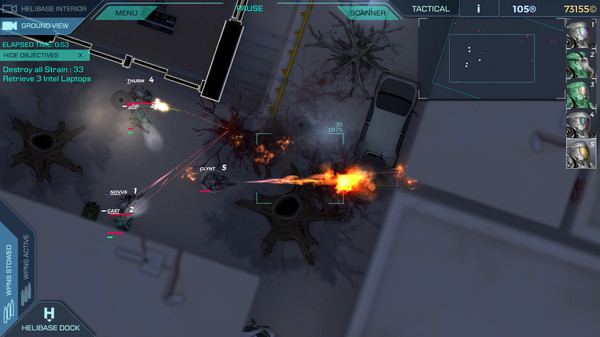 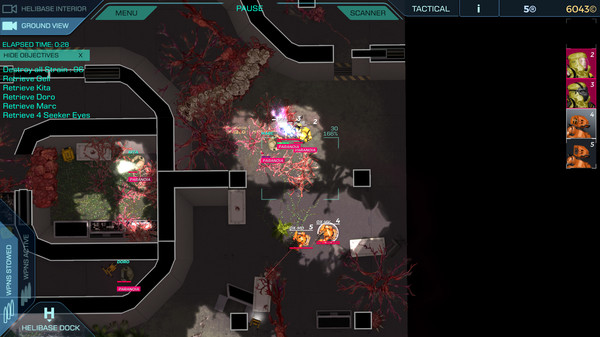 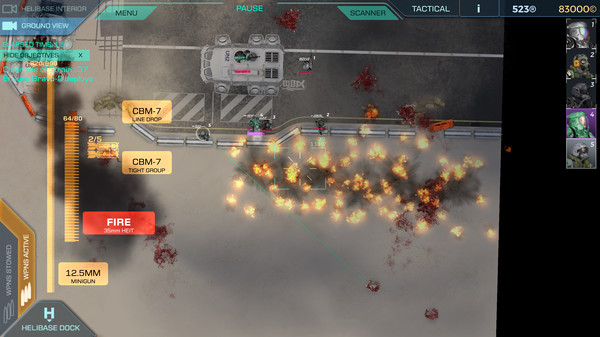