Counter Agents is a spy-themed, head-to-head multiplayer game where your objective is to sneak around guards, steal the briefcase, and make it to an exit point before your opponent. Take on the solo-player challenges, compete with your friends in multiplayer mode, and enjoy creating your own maps with the brilliantly simple level editor!
Counter Agents originally started as a student program prototype project during the Fall of 2015 and gradually took shape to what it is today. The original goal was to take an arcade game dating 1983 or earlier and build off of existing mechanics to create something new and unique. The game we were inspired by was 005 (1981), one of the very first stealth games. Of the various 005 game modes, we loved the scenes where you had to avoid policemen with flashlights. We took this idea and created a customizable multiplayer experience with more 3D levels. Keeping the project alive between projects, we have playtested, iterated and polished Counter Agents tirelessly over the past year. Now we’re excited to finally bring it to Steam!
Key Features: 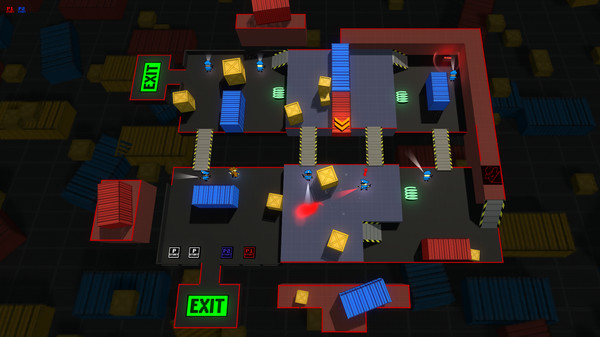 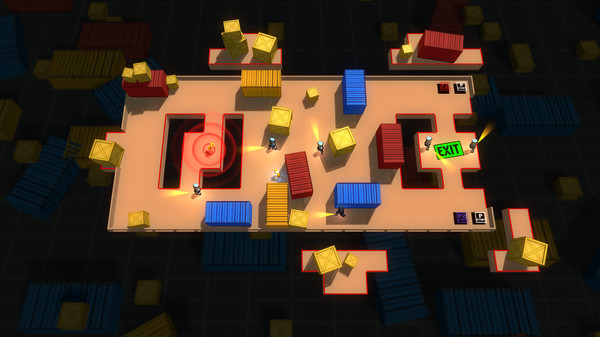 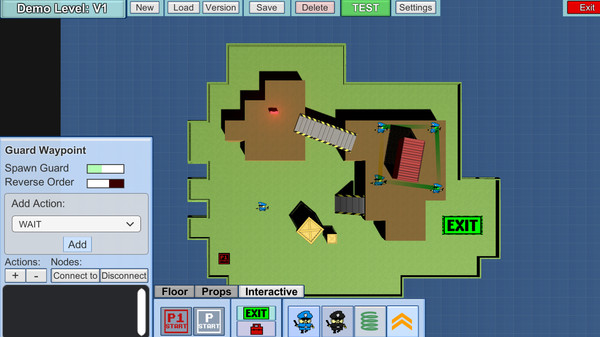 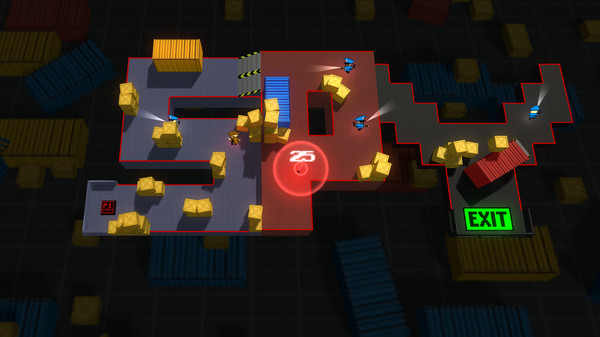 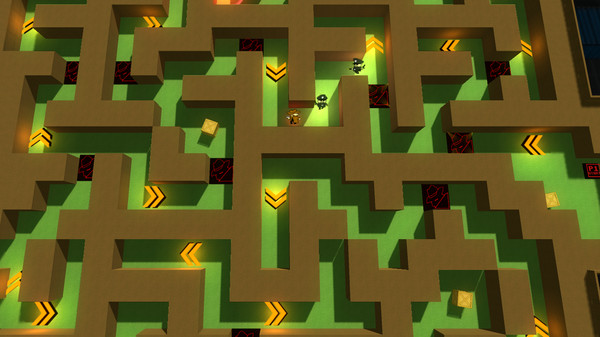 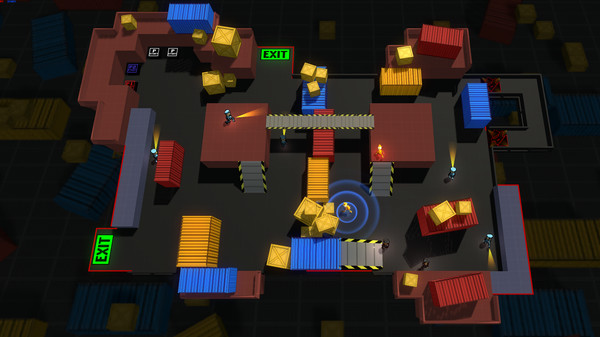 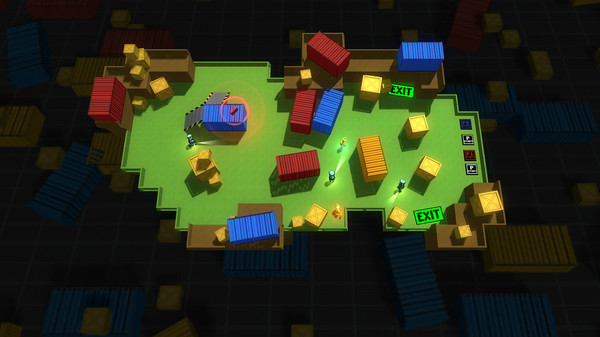