AIRHEART is a dieselpunk action game about a young woman, who flies her airplane and catches skyfish among beautiful sky islands. Amelias biggest dream is to reach the stratosphere and to bring down the legendary Skywhale, which promises riches and fame for a lifetime.
In the world she lives in, fishing isn’t a hobby - it’s a risky and competitive job. Amelia needs to venture deep into deadly territory, avoiding sky pirates and automated security drones.
Dive in the beautiful but dangerous world of flying islands, reach higher and higher, buy new airplane parts and weapons you need. Could you be the one to bring down the skywhale?
Navigate your beloved airplane through the skylayers above the city of Granaria. Don’t crash or get shot, remember to always go back home safe.
Catch fish and sell them to buy a new equipment. Be careful, some of them will try to hunt... YOU!
Build your airplane and weaponry and remember: with the sky pirates the best defense is a good offense.
Use your harpoon to reel in really big fish, disassemble your enemies or even steal their weaponry!
Find launch bases to advance to ever higher skylayers and check what waits for you on the way to the stratosphere!
Get ready to fight powerful bosses to advance. Being sky fisher(wo)man is not a piece of cake.
Analyse scraps to craft blueprints to build new parts or buy them in the shop and prepare yourself to explore more and more dangerous places.
You know those hypnotizing beautiful flowers, which hunt bugs? Well, that’s a great metaphor for the world of AIRHEART.
A custom made soundtrack promises to keep you energized and ready for the adventure!
We are working on ever more complex random generated levels to bring hours and hours of fun.
As always there is also a core message where we’d like to talk about some real world problems such as social inequality and overfishing.
AIRHEART continues the story of Amelia, who in “Cloud Chasers” was trying to reach the Above, a city residing on a giant flying island in the clouds, where there is enough water for everybody. She travelled through the deserts with her father Francesco, dealing with all the dangers of the migration on their path.
Francisco sacrificed himself to have Amelia finally reach the Above, but that city called Granaria seems not as welcoming, as she hoped it will be. It is a harsh society with a strong class system. Disillusioned, miserable and alone, Amelia worked as a child labourer in an airplane factory for years. Clawing he way up, she works now as a part-time fisherman and part-time mechanic at a small corner-shop fixing airplanes.
She tries to make her way to a better life.
The problem of social inequality and birth privileges is not the only one we want to touch in AIRHEART. The other one is overfishing of the sea ecosystem.
Overfishing is one of the biggest resource problems of the world. In our universe, fish are a seemingly unlimited resource that can be harvested into cash. Over time, this gives us the possibility make the resource scarcer for every player worldwide, transforming the lush seas of the sky into a battle zone, where fighting is essential to survive.
We are Blindflug Studios, an indie game studio from Switzerland. Here's what we do: we create beautiful, imaginative and incredibly splendid games, that center around complex, real world dilemmas and through that might create interesting new game mechanics.* 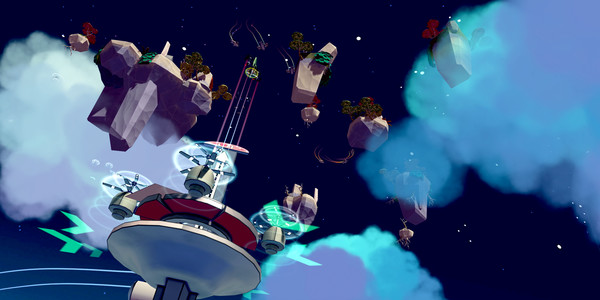 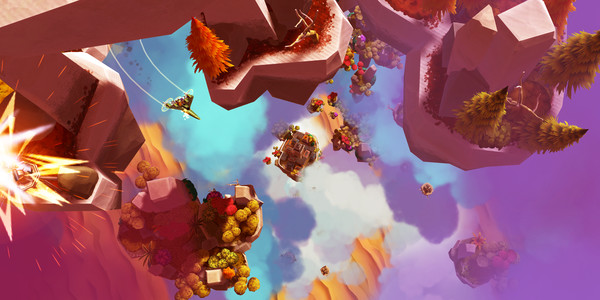 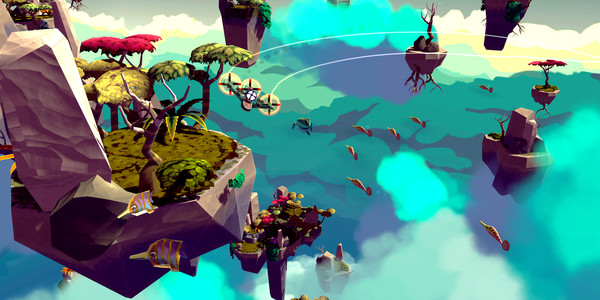 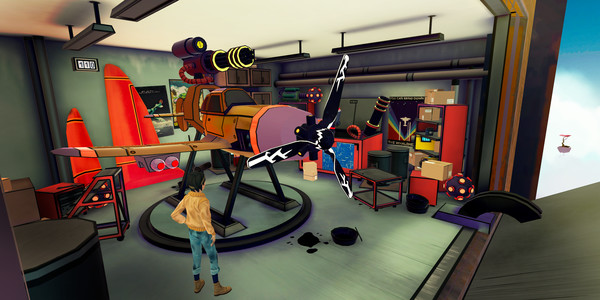 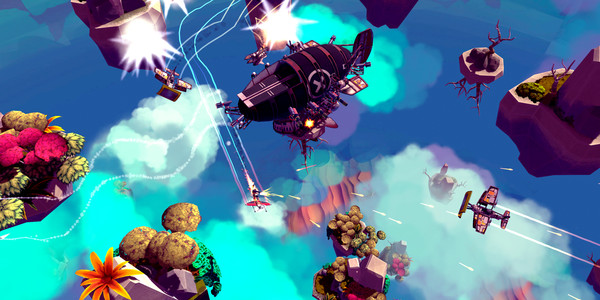