"Planet R-12" is a 2D tactical shooter where you control a squad of up to 3 soldiers. One of the games opportunities is the ability to switch from tactical control to direct participation in battle of one of the soldiers.
More about this:


Now in game there are 6 types of soldiers which you can gather your team from 1 to 3 fighters. Each soldier may have different weapons and skills, which appear gradually after the bonus. In addition each weapon has the ability to improve from 1 to a few properties. For example, range.

I tried to make a lot of interesting and varied opponents and I think I have made it. While I understand that there is still work to do.
After destruction of robot to each soldier is given points, which replenishes the condition of his "skill". Defeated robot remains bonuses - the stronger the robot, the more bonuses remained.

Skills are very important for use: without them the game is not passable. In the beginning, many people makes mistake by trying to pass through game using own dexterity and without using game "skills". Robots love such losers)).
The game has three main skills and one for each type of soldier.
Main skills:
- "freezes" all the robots in a specified area for a few seconds;
- creates energy shield around soldier, making unit completely untouchable;
- call for bot that will land and help soldiers on the battlefield.
Soldier skills:
- throws a grenade at the specified location;
- fires a hail of mini-bombs;
- shot with increased damage;
- heals the specified soldier;
- significantly increases fire rate of a machine gun;
- produces electric discharge, causing high damage to enemies in area.

- replenishes health: the larger the size the more will be added;
- replenishes the level of main skills;
- gives double health;
- increases damage by two times;
- opens up new weapons for the fighter: if not, then gives a bonus to current weapon.
Perks for the weapons increase one of the properties, if the property is available for increase or has not reached a limit. For example ammount if damage done.
-damage -range -rate -ammo 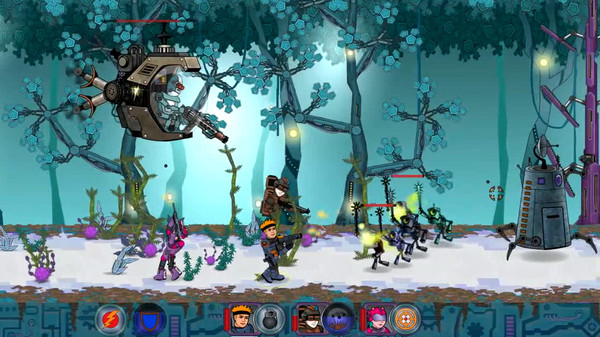 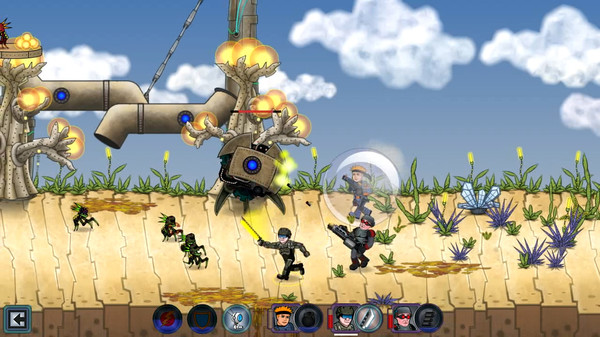 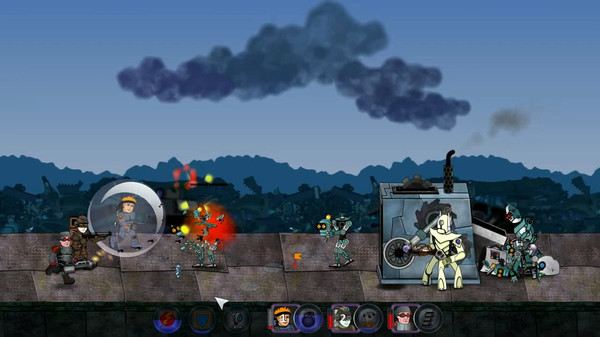 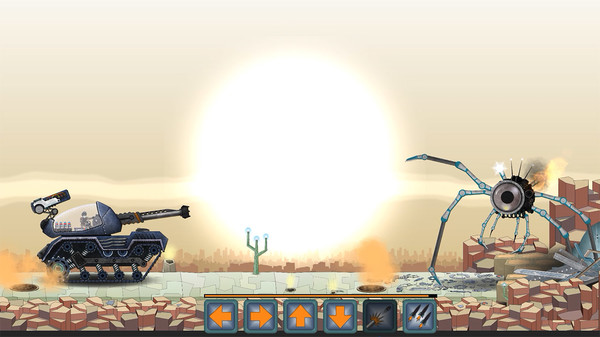 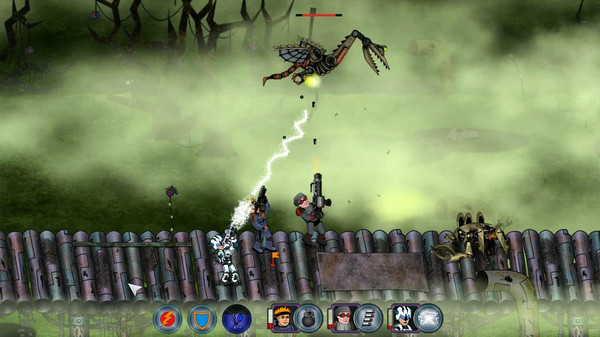 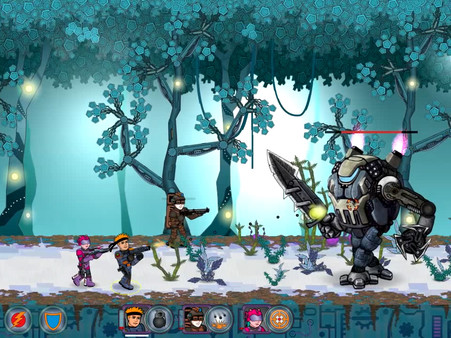 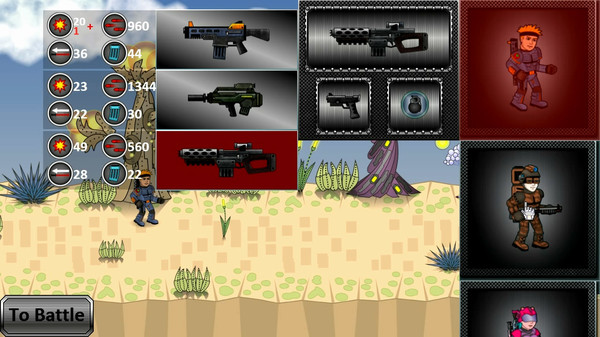 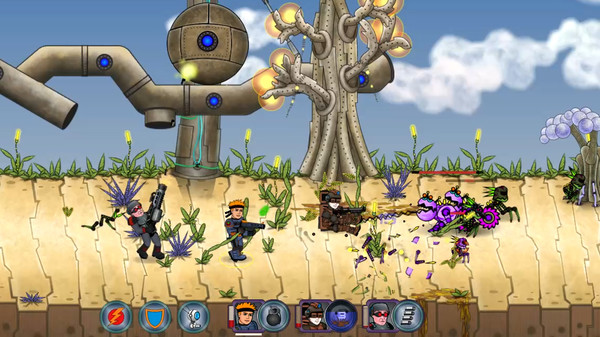 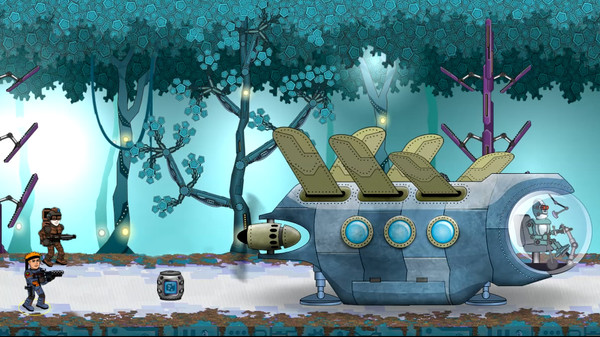 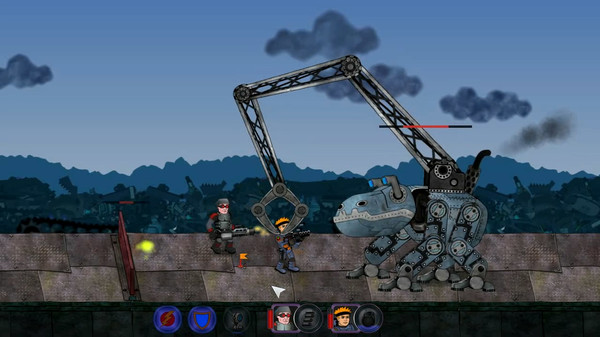