"There’s humour here in spades... It’s fun, fast, colourful"
- Rock Paper Shotgun
The Cat Machine is a game of logic, and also cats. Cats riding around on Trains. As we are all aware, the stability of planet earth's orbit around the sun is maintained by an enormous and very secret underground machine. A machine where cats of various colours ride around on trains, as cats have done since time immemorial.
Without this secret mechanism, the earth would undoubtedly fold in on itself, probably with a rather satisfying popping noise, but also with the unpleasant side-effect of then ceasing to exist.
The Cat Machine places you in charge of designing that contraption.
A fun logical puzzler, the game is all about working on a solution, the correct design that will 'process' multiple configurations of cat trains. Cats can only travel on tracks that are the same colour as the cat itself (of course) and the cat at the front of the track decides where the whole train will go. Once a cat has traveled along a coloured track, it flies away, as cats are well known to do. The goal is, for every train, make all the cats, including the white one at the end, fly into the ether.
This is the only way to save the earth. 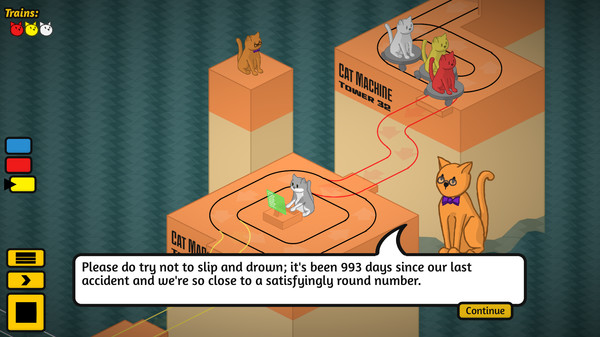 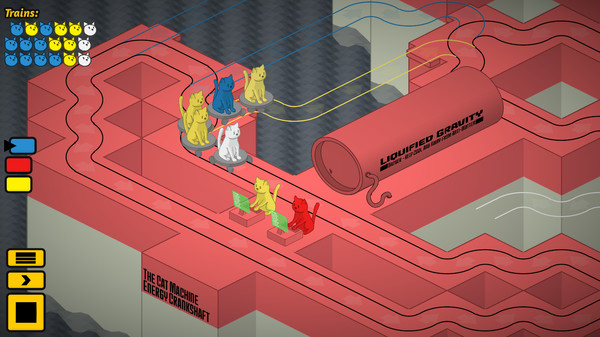 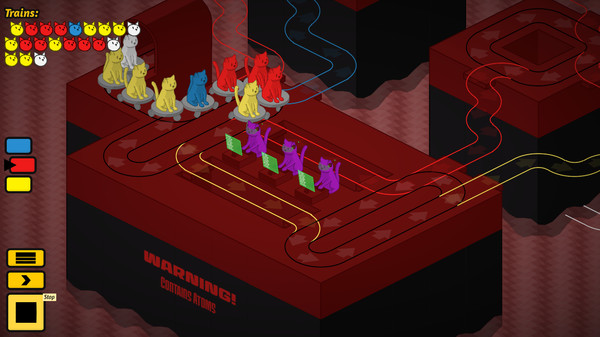 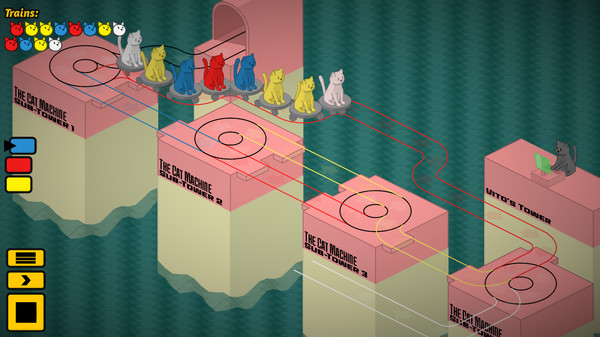 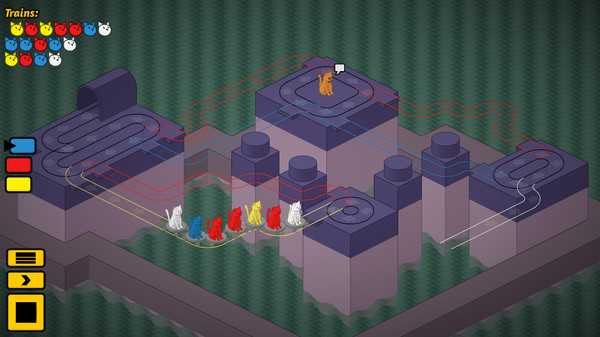 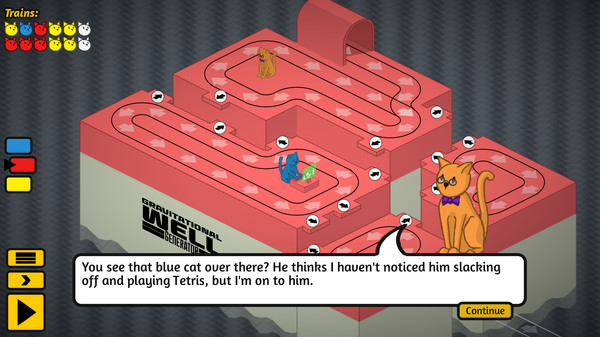 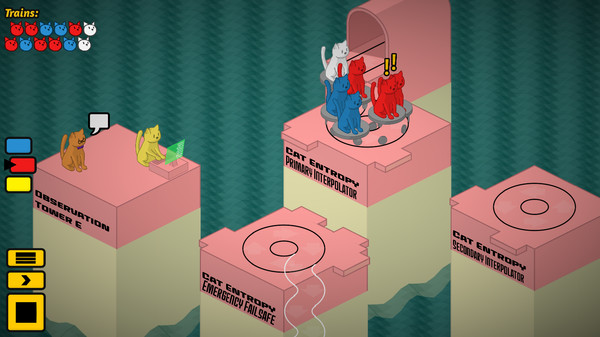