Vindicator: Uprising is a platform shoot 'em up with pixel graphics and an epic soundtrack. Shoot your way through nine hardcore action levels with fast, responsive gameplay and unique challenging levels.

The game has specially written orchestral music for each level.

The player character is a special agent for an organization called “The Order” that rules the world in league with the “Angels”. The Angels are a mysterious ancient race, mercenaries which sought to conquer the earth and made a pact with the emerging organization. The player discovers the hidden truths that the Order uses for world domination. He then turns against his “Order” and leads earth’s resistance as a “Vindicator” with his arcane knowledge to oppose the Angels.

This is a new revamped version of Vindicator: Uprising. This version features a more balanced difficulty level, player achievements and other improvements. The old Windows version can still be downloaded for free at our website. 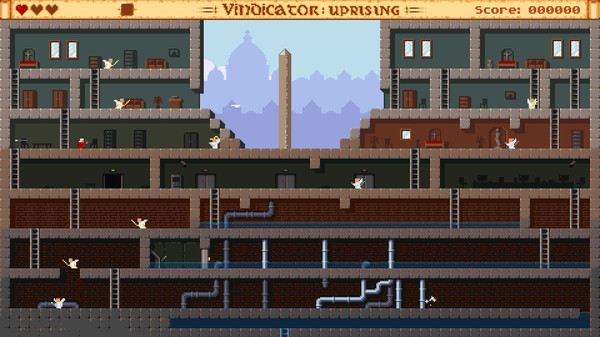 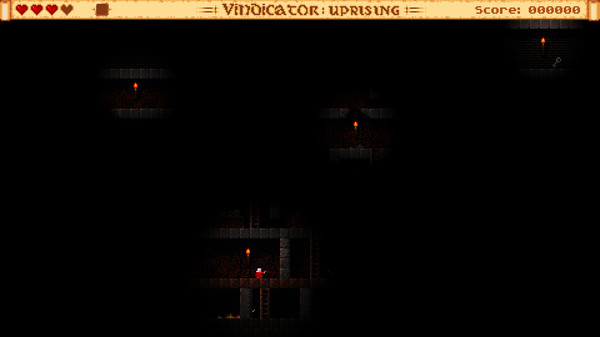 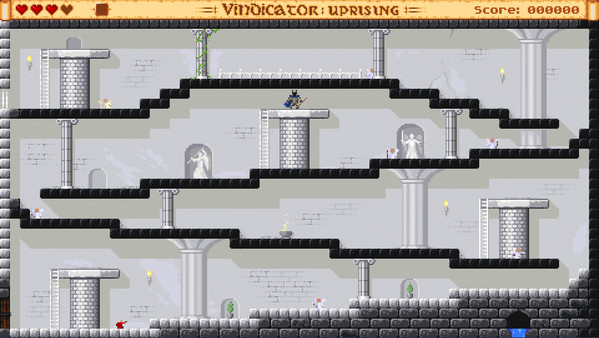 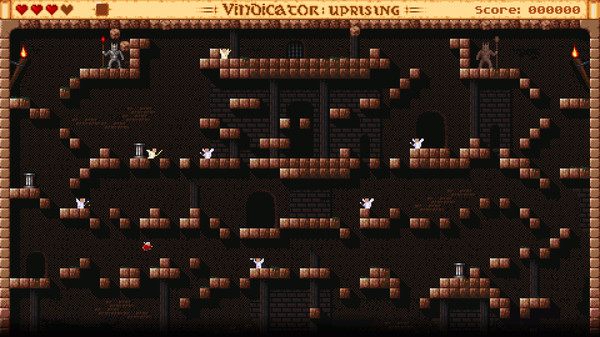 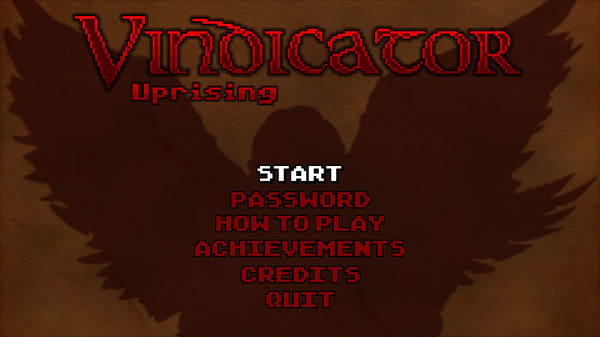