BossConstructor is a game about building and flying your own spaceship!

The core feature of the game is its ship editor which allows you to freely assemble your own spaceships using a vast variety of modules (currently more than 50). The way you build your ships determines how they behave and what they are capable of doing. Since every module costs money, weight and energy, designing a good ship is a challenging yet rewarding task.

The expedition mode lets you explore a procedurally generated galaxy inhabited by the von-Neumann, an evolving AI species. You begin with a small basic ship and advance as you complete missions, discover new enemy species and scavenge for more powerful components to improve your ship.
Alternatively, build any ship you like without constraints in the sandbox mode.

Being a single player game, a lot of attention is given to the game's artificial intelligence system. The von-Neumann enemies you encounter in the expedition mode are created using elaborate artificial evolutions, in which a vast number of mutating ships have competed for survival. Several bonus game modes allow you to lean back and watch how different AI species compete with each other for survival.


The game is in very active development and already a lot of fun to play. So far there have been over 115 patches in about 7 months (!), so you can expect to find a lot of new content every time you get back into the game. I also produce monthly progress report videos which provide ~10 minute summaries of the latest features.

Community feedback has a strong influence on the game's development. If you like, you can get involved by participating in the Steam forums, by answering in-game surveys, by suggesting and voting for upcoming features or by interacting with me on Twitter, Facebook or my blog.

Q: When is the game going to be available?
A: The game is currently in Early Access. I plan to complete the game in late 2015
Q: Which platforms are supported?
A: The game supports Windows, Linux, SteamOS and MacOS. Currently Mac users need to manually install Java (free).
Q: Will there be a multiplayer mode?
A: Unfortunately implementing multiplayer support is very complex. Therefore I focus on providing a solid single player experience.
Q: What types of ships can you build?
A: Any ship built based on the modules is valid as long as the modules do not overlap. You can build ships with moving parts as well as ships consisting of multiple ship parts (which can be controlled individually).
Q: How large can the ships be?
A: You can add modules to your ship as long as they fit within the editor's boundaries (14x14). If you want to build even larger ships, you can do so by expanding the editor's boundaries in the game's settings (since this can negatively impact the games performance as well as the game balance, this is considered a 'hidden' option.).
Q: How many module types are there?
A: There are currently over 50 module types in the game (not counting visual variations). More modules will be added in the future. If you like, you can suggest your own ideas. If enough players like it, it will be added to the game.
Q: How does the artificial evolution work?
A: The artificial evolution works by simulating a huge tournament in which mutated versions of existing ships compete with each other. The most successful ships, i.e. the ships which have dealt most damage to their enemies, proceed to the next round while the losers are eliminated.
Q: Yeah, but should I buy it?!
A: Absolutely! ;) If you enjoy following well-updated games during their development process, BossConstructor might be for you! Please feel free to check out other gamers' reviews or the forums. Also, keep in mind that the latest change in Steam's refund policy allows you to return the game if you end up not enjoying it. 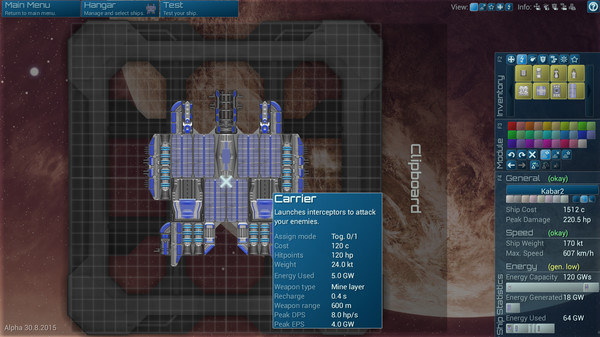 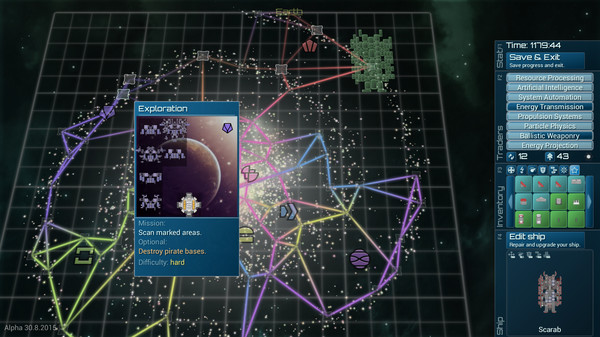 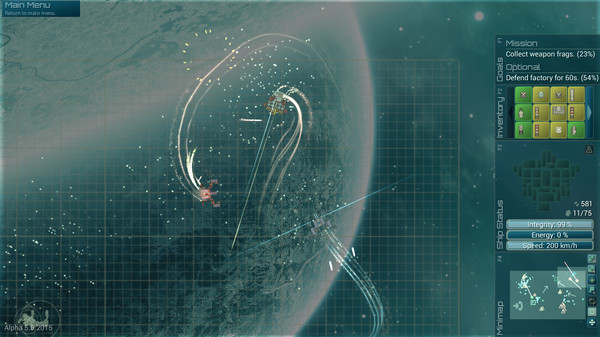 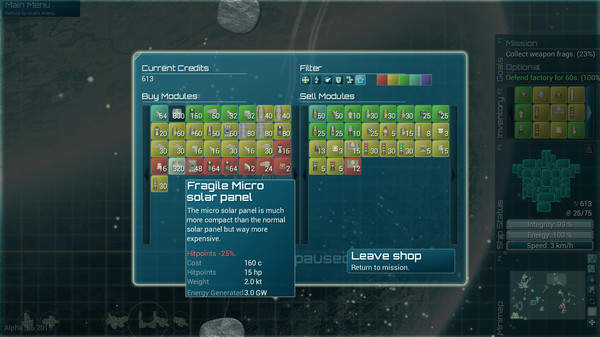 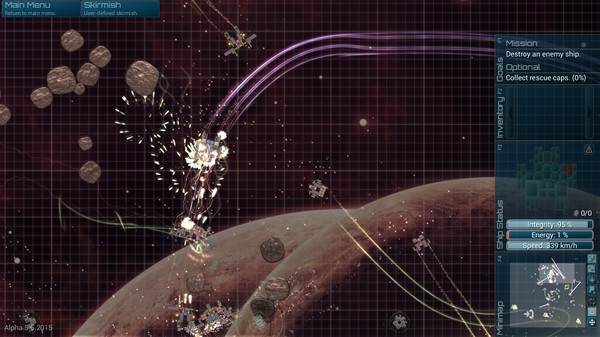 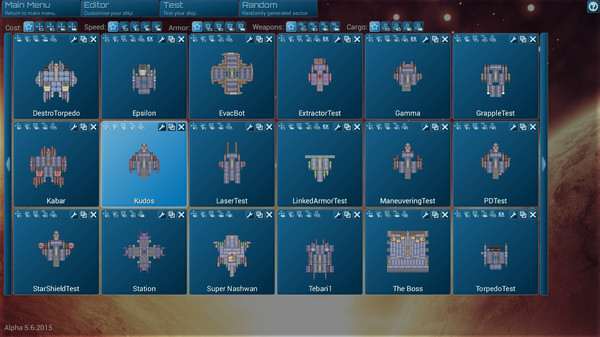 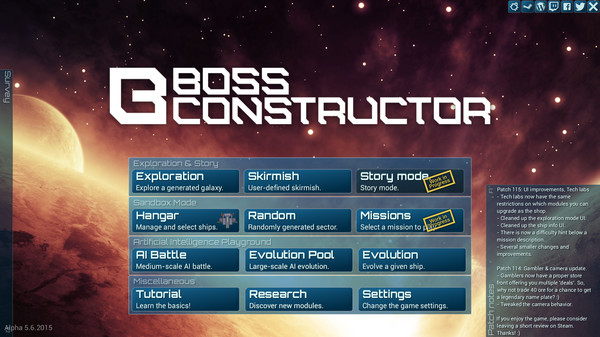