You have no face…..they have no chance. Travel room by room emptying your magazine into hordes of the undead as you unlock the secrets of the labyrinth you find yourself trapped in. Unlock new faces, customize your weapons, collect zombie chunks, battle bosses, and unlock the mystery of who you are.
Created by a one-man development team, room13 is a non-stop action-platformer, blended with exploration, weapon crafting, face swapping, and the undead.


You begin each game trapped in a room that is overcome with zombies, while armed with just a basic handgun that you can customize and tweak between rounds.
Each room has its own, unique, Killtrap that is randomly activated at the beginning of a round. Killtraps can harm both you as well as the undead horde. Surviving a round with a Killtrap unlocks the room adding it to the list of random, possible starting rooms for your next run.
When you terminate zombies you will need to gather their gibs/chunks (remains) which, after you have gathered enough, will earn you a battery. Get three batteries and the round ends, the doors open, and you can venture into the next room.
Endless mode An endless, arcade mode. Offers additional faces and weapon upgrades to unlock that can be used in other game modes.
Memoir Run Unlock the secrets of your past, and ultimately, unlock room13. In this mode you will learn your characters history, unlock weapon attachments, as well as summon 13 bosses to battle. Defeat a boss and you can wear their face in future runs. in development
Boss Battle Unlocked upon the completion of Memoir, a speed run through the 13 bosses. in development 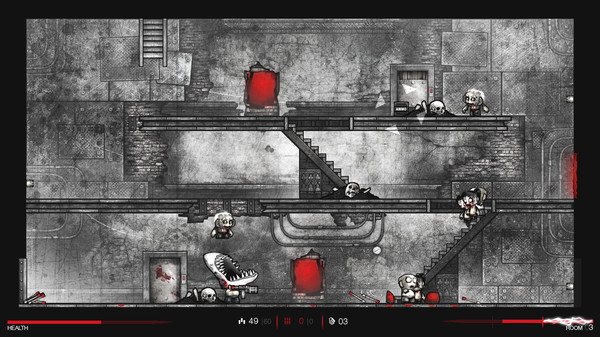 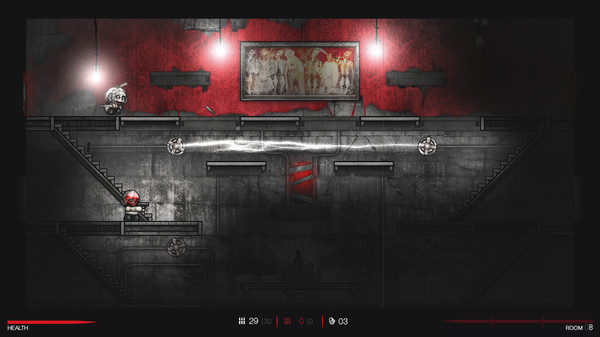 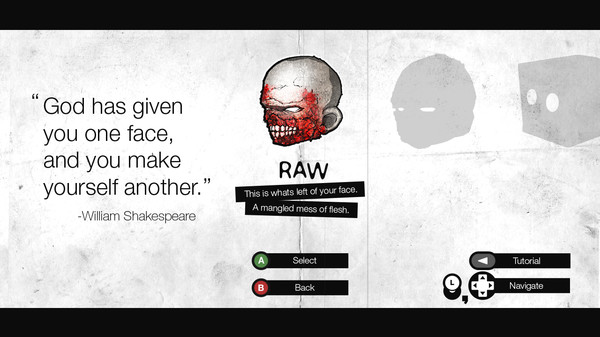 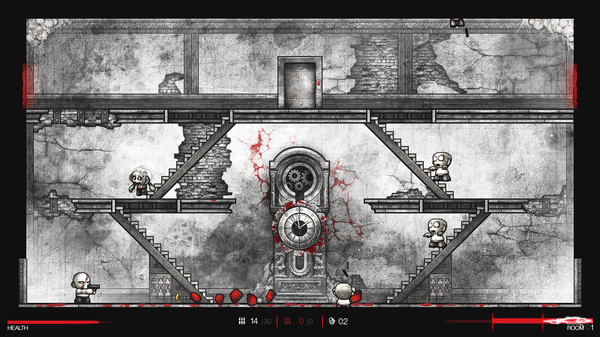 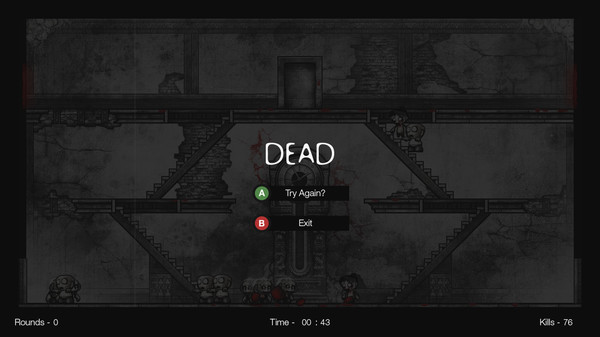