A super frantic Arcade Tower Defense, McDROID starts gently then progressively challenges your trigger finger and your wits (and your sanity) as you multitask like a robotic-spider-doggy-thing: running, shooting, building base, herding, healing, harvesting, repairing, planting, upgrading, researching, frying giant snail-hammer-thing with a giant-tesla-on-your-back (it actually happens).
Defend your shuttle against a variety of alien species as they mutate, corrupt the ground or even turn your crops against you. Load up on, play solo campaign or join in up to 3 people in survival arenas and take the battle to the enemy. If it gets too crazy, turtle up behind your defensive perimeter and assume direct control of the turrets.
Crash landing on their home planet, McDROID the robot and her brother Shuttle find everything too quiet, their sentient Planet is now mute, lobotomized by something evil. As they venture on a quest to heal her hearts, they encounter various strange critters and must use creative strategies.
Features:

NOTE: QWERTY only on all platforms and no gamepad support on Linux. 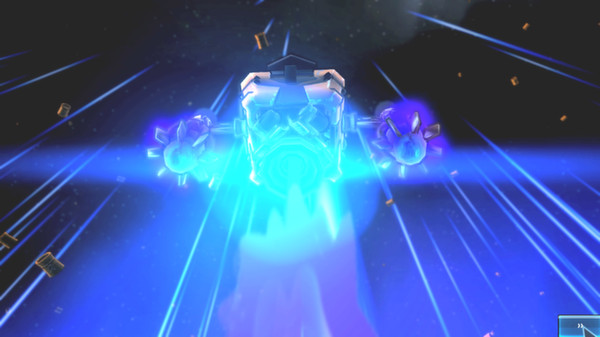 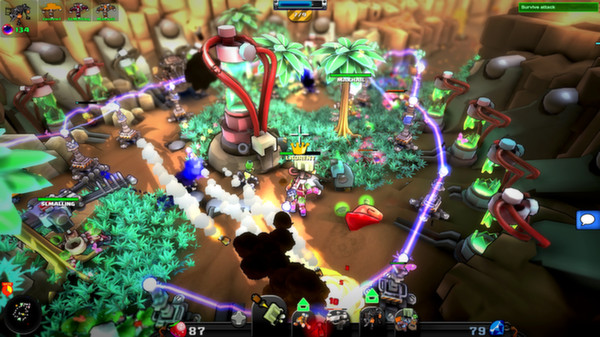 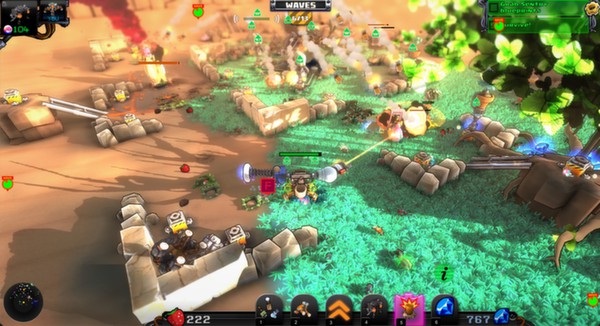 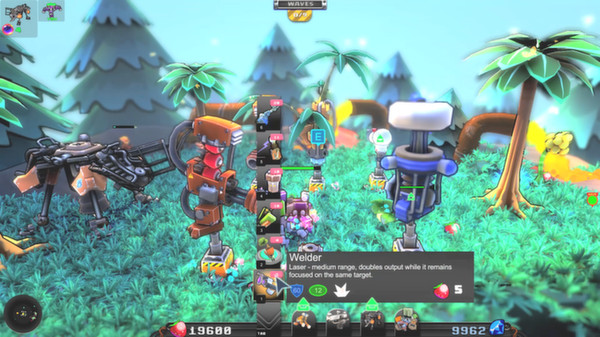 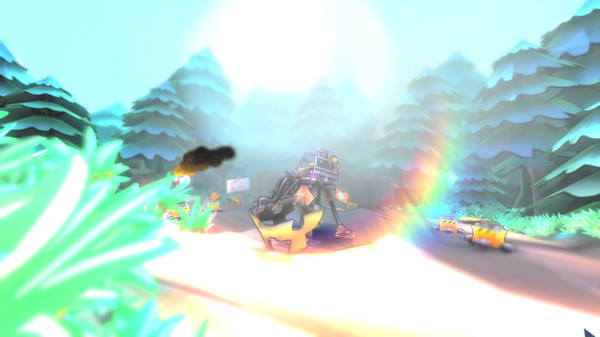 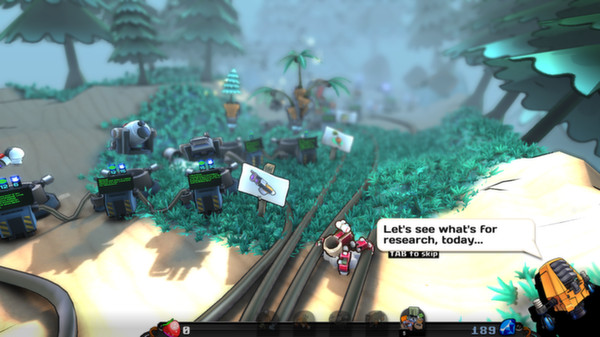 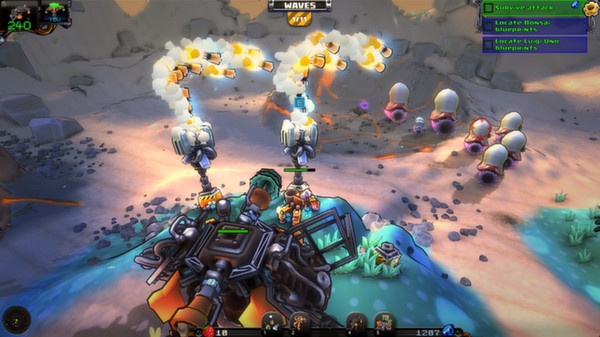 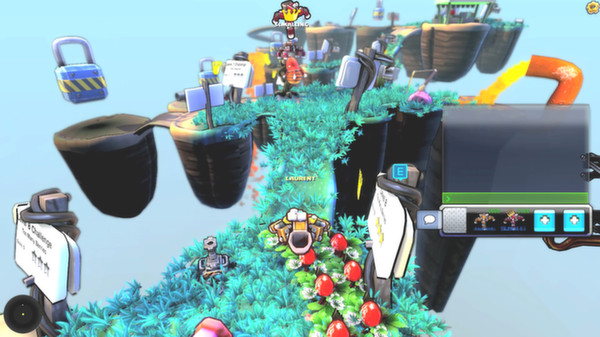 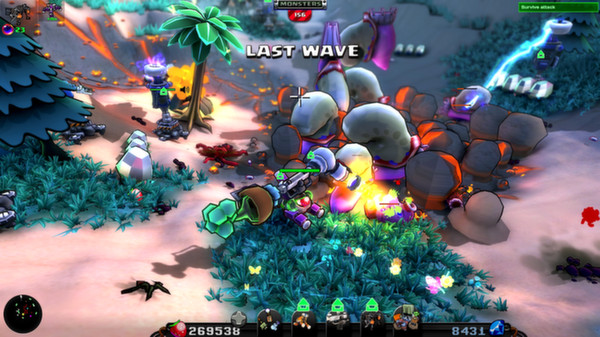