Spinnortality is a cyberpunk management sim where you run a futuristic megacorporation. In a near-future cyber dystopia where corporations are king, can you guide your company to success, dominate the globe and use your technocratic power to achieve immortality?
In this 6-12-hour turn-based management game, you will:

Spinnortality is set in a harrowing cyberpunk world where corporations are king. Nations have merged into massive, politically stagnant super-states. Some are so-called "democracies", some are dictatorships, and some are ultra-capitalist dystopic nations called "corpornations". In this world, the connections you make with the military, the political elite and hacker communities are just as important as your bottom line.
As head of a global megacorporation, your first task is to make ends meet by selling products. Before long, though, you'll be manipulating politics, deregulating industries, launching black ops to destabilise the globe and advancing shady corporate agendas. 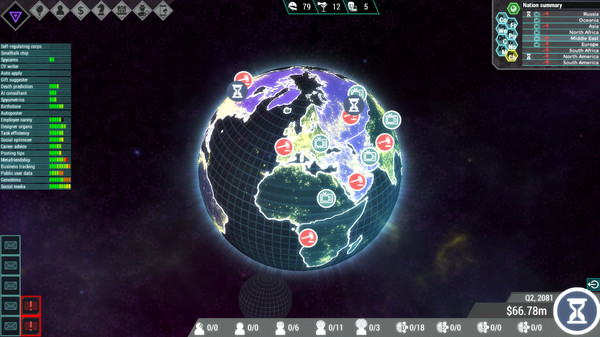 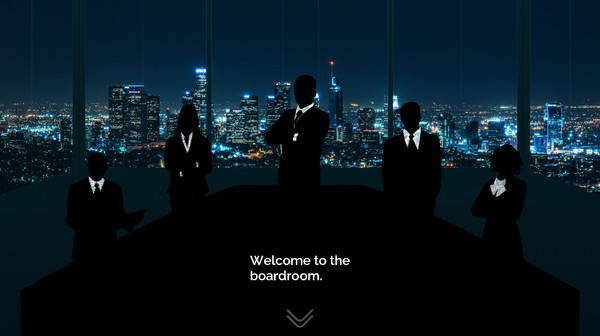 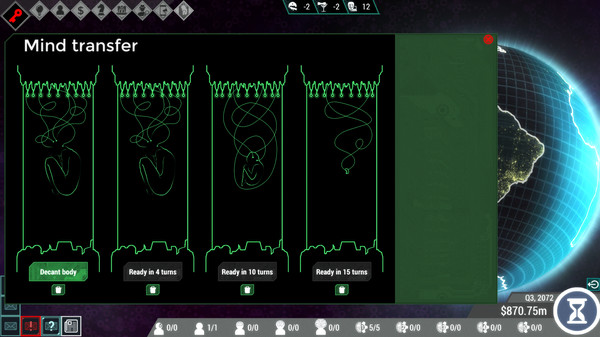 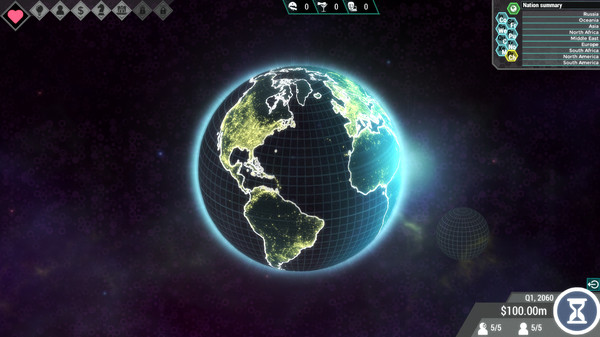 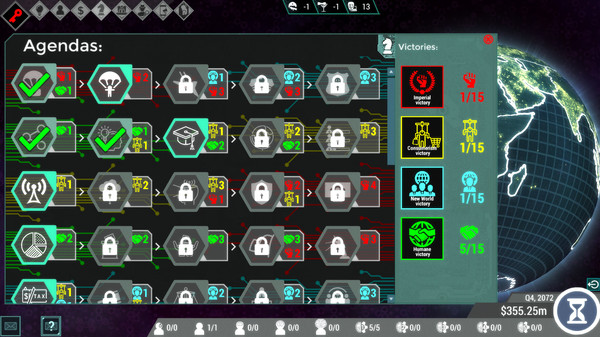 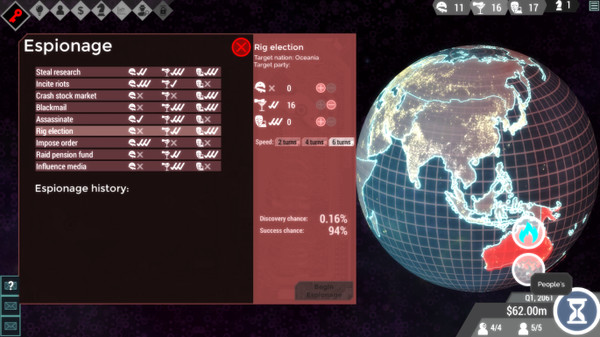 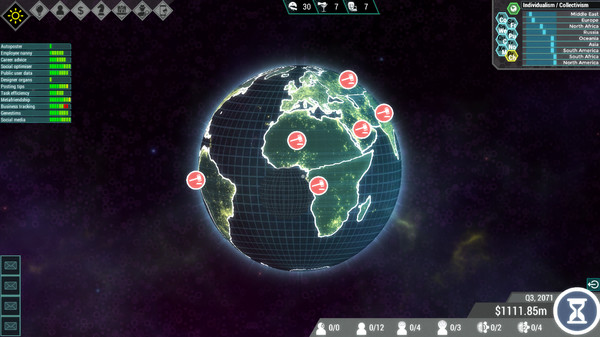 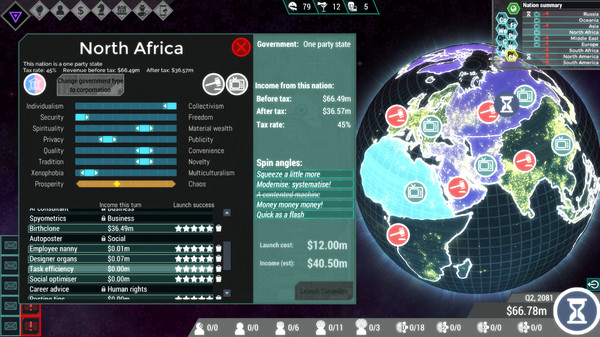