Challenge your friends in a crazy, wild and frenetic fight with an overwhelming amount of characters, objects and stages. As you play, you will unlock new things, obtaining different, weird-looking and awesome variety.
Sweet Magic Madness is a fighting game of the brawler genre, where players can attack other players using items that will appear during the battle. Hurting a player from another team will make you score points. The player with most points at the end of the game will win. Also coins will appear, collect them to buy new features in the store.
The idea of the game was borned in a 48 hours event that took place in our university. From that base that we made, we continued to improve it, making the game even more fun.
Play alone: In time trial, survival or arcade mode and unlock new content in the shop checking out the different difficulties and characteristics.
Juega with your friends: In VS mode you can play up to four players at the same time. Play up to a time or points limit and choose what objects you want to have appearing during the combat. You choose what team you want to be in, you can play all vs all, 2 vs 2, 3 vs 1... and in multiple rounds. The winner is the one that manages to get most points at the end of the rounds. Show your friends who is the best!
Play against the AI: In the VS mode, if you have no friends to play, you can play against the AI. Also you can play with the AI against other people.
And now also... ¡Play in LAN!: As the previous modes, but in LAN! Choose your character, your name and... time to make them suffer! 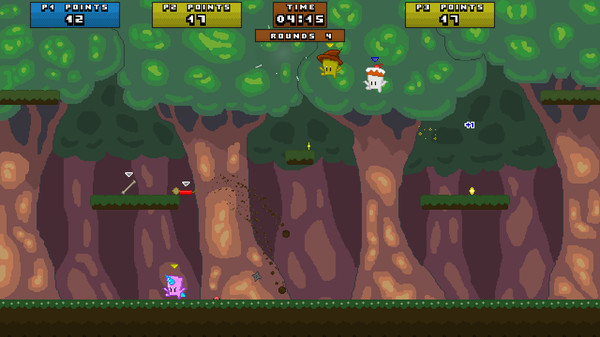 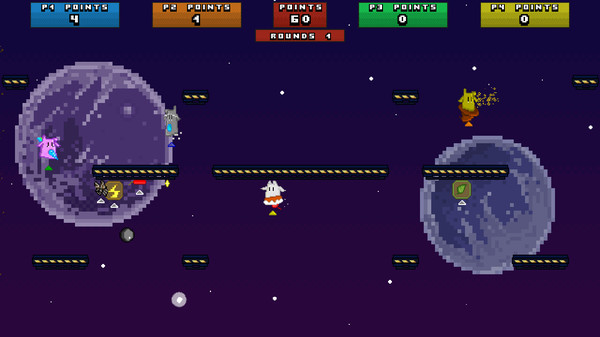 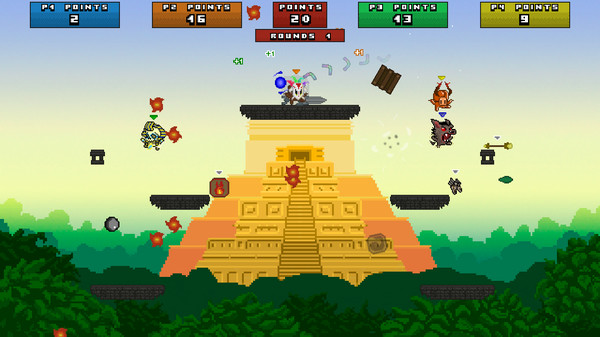 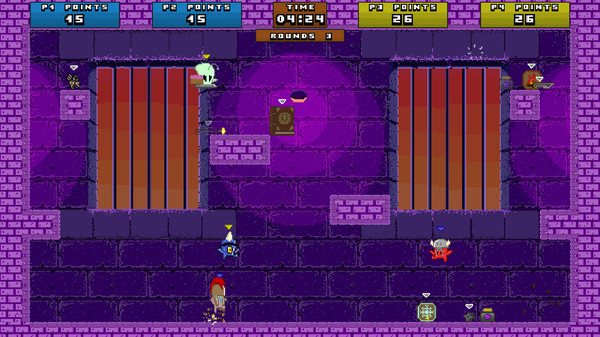 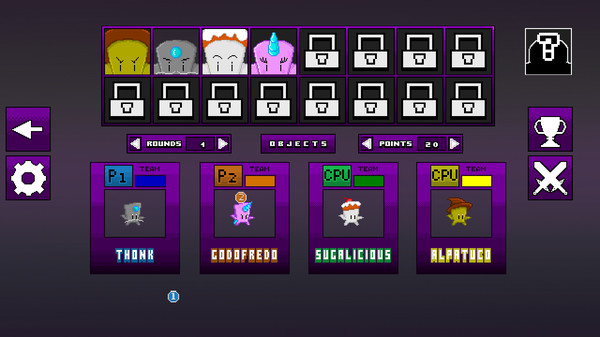 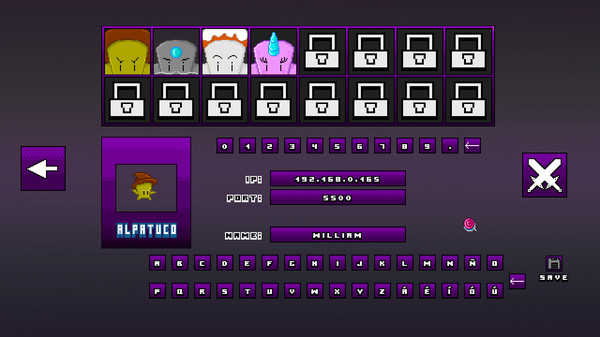