Pigmentone is a puzzle game where colors travels through multiple receptors, combining or dividing them. Each color has its place and it's up to you to find out where each one goes.


Emitters
These points of color, emitting a beam of the same color. These can move only along the edge of the screen.
Receivers
Receivers pick up the emitter's color and become this color. The receiver is surrounded by a ring of rainbow, which becomes the same color as the center circle when it's right.
Combining colors
Receivers can be combined in various colors, and also throw a beam to pass their color to another receiver.
Target
All receivers need a particular color, and only until each has its right color, level is completed.
Obstacles
Obstacles are white rectangular elements, no beam can pass through them.
Prisms
Prisms are triangles that divide a combined color, only work if the combined color comes directly from the receiver where they were combined. These prisms have two triangles in sides that indicate where they throw the rays.
Pipelines
On stage there are pipes invisible, these divert the beam in a different direction already specified, these become visible when a ray touches them. 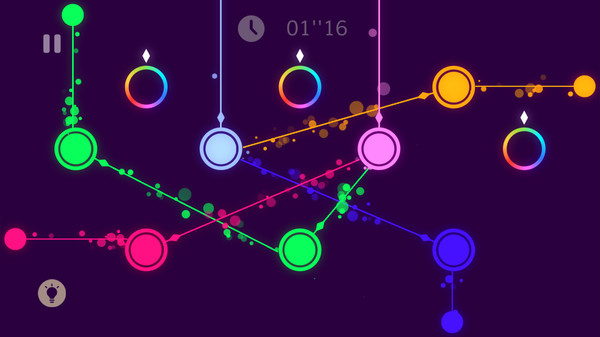 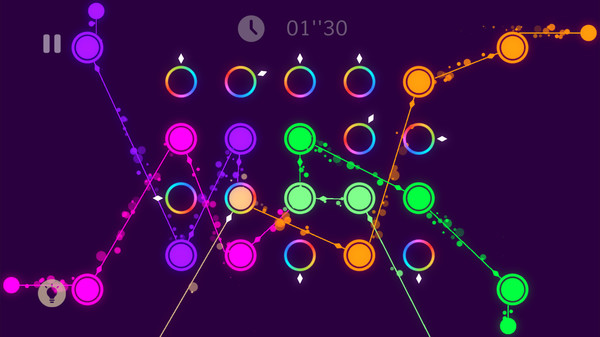 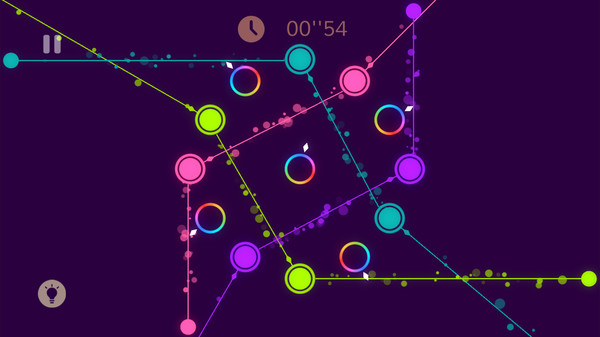 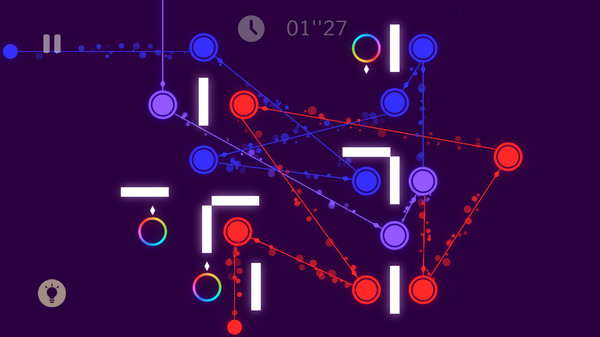 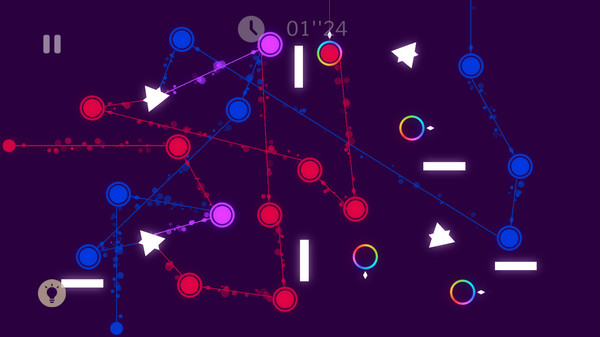 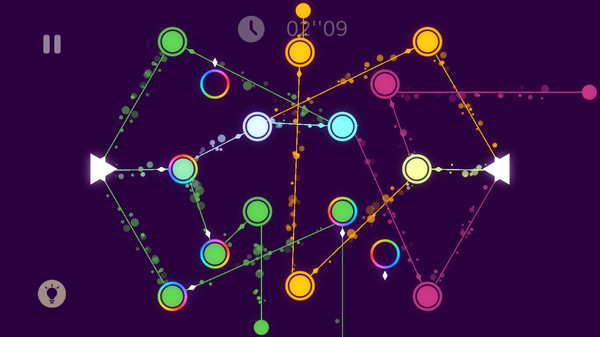 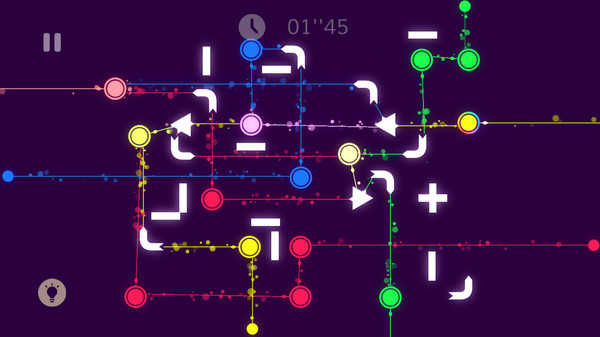