Tanks and lots of explosions! This is the ideal game to play local co-op with your kid or partner with its entertaining top-down game play and simple controls that a 3 years old can pick up immediately. It is a full effort 3D modernization of the classic Battle City with tons of added features to give it more depth and visual appeal.

The camera view were carefully designed to offer the best local co-op experience possible. Two players will share the same screen ( i.e no split screen ) with intelligently positioned camera so that both players will have the best possible view all the time.
Hills and crate boxes are all destructible, so you have to decide if you will destroy them to clear a firing path or keep them there as your hiding place.
We design a simple to understand yet quite tactical customization system. After each level, you are rewarded a certain number of points for upgrading your tank. You can spend points to upgrade the tank’s damage power, movement speed, bullet speed, life count or the point earning rate which effect how many points you earn after each battle. The last two upgrades requires you to think tactically to decide whether to invest in point earning rate so his tank very powerful later in the game or spending points now to get pass current levels.
There are many interesting power-ups hidden under boxes, enemy tanks or just laying on the ground. These include Pet Tanks, Picked-up Bombs, Size Increase, Slow Motion Time, Immortal Shield, Base Shield.
There are 23 levels, and these divided into 6 themes areas each with its own feeling and mood:
High attitude mountain
Desert
Underground crystal mining
Sea high way
Lush jungle
Enemy industrial City
There are 2 types of levels: small ones fit entire in your viewing screen, so that camera is fixed and doesn’t move, this resembles the classic Battle City game play. There are also larger levels in which game camera following your tank as he moves, this resembles more of an adventure shooting type of game play. These 2 types of levels are intersecting each other so you don't get bored of one type.
As you progress through levels they are gradually introduced to more powerful enemies and more power-ups.
Control is very simple to immediately hook you into actions without going through boring tutorials. Controls just include four directional buttons (up, down, left, right) and a single fire button. Your tank movement is restricted to horizontal and vertical and no diagonal movement is allowed. This allows easy and precise control of the tank which is mandatory for fast pace, fun game-play.
Along the main campaign we also have a survival mode where you compete to beat the record scores of surviving endless waves of enemies.
A great emphasis is placed on making great visual as we want this to be a HD experience of the classic game play. We concentrated our best effort on the firing and enemy tank explosion animations as we think these are the two most satisfying actions that the you experiences. When firing, tank’s gun recoils, air shock wave and nozzle fire created. Enemies recoil and exploding when hit. After exploding, tank burning bodies remains. Also the tank movement is also treated well with tank acceleration and braking animation. When moving, tank body goes up and down relative to its treads, this make it looks realistic as tanks move through bumpy terrains.
Tanks leave dust, smoke and tread mark on ground behind. 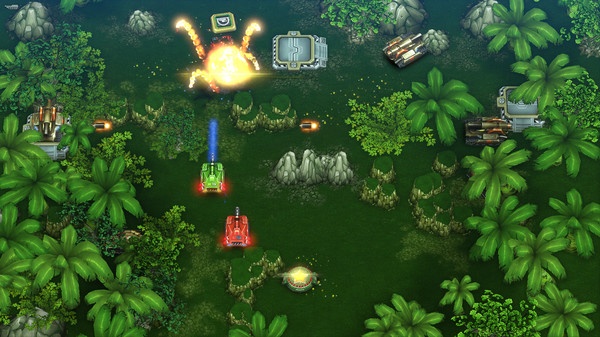 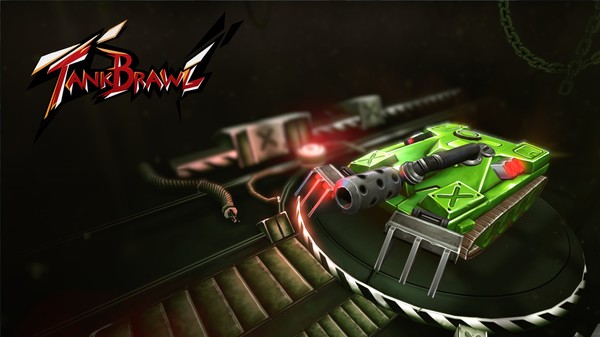 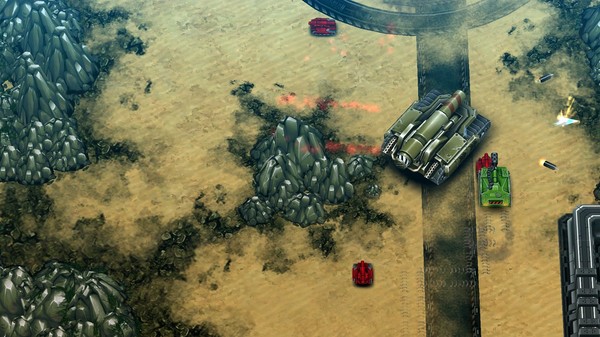 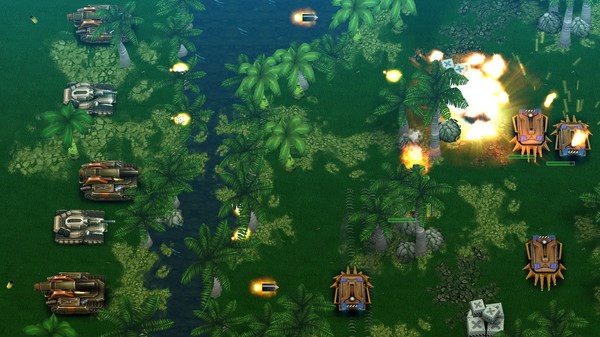 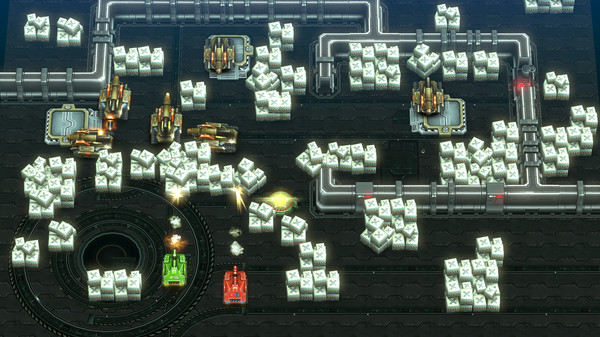 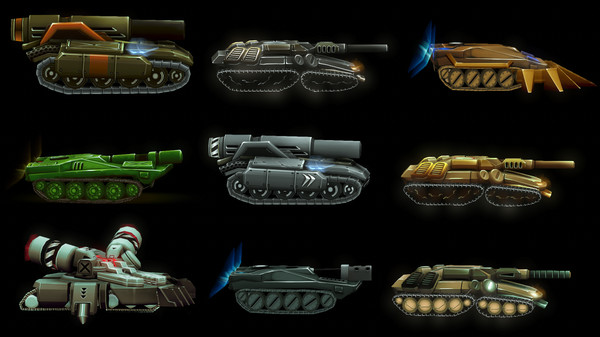 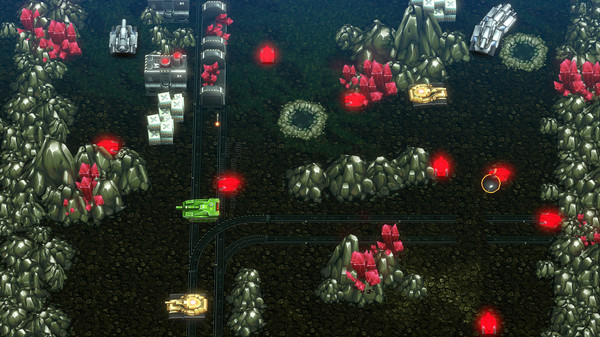 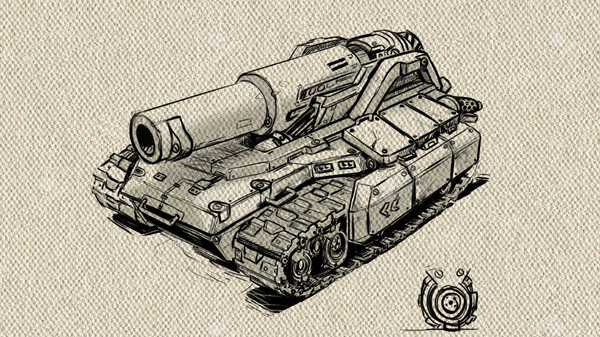 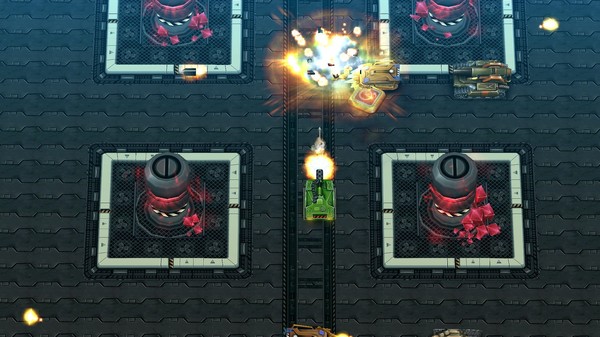 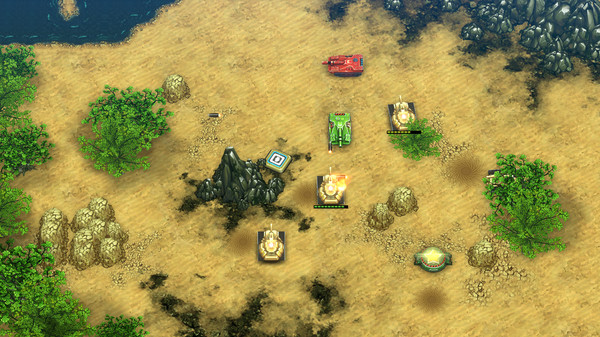 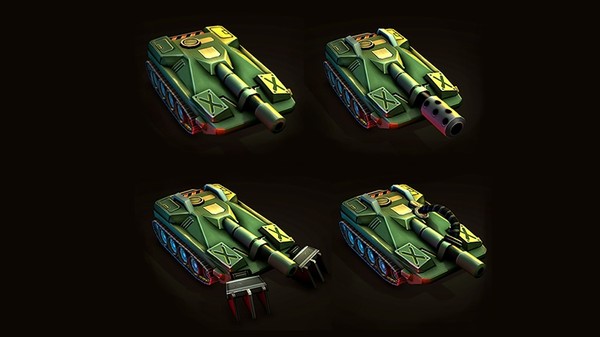 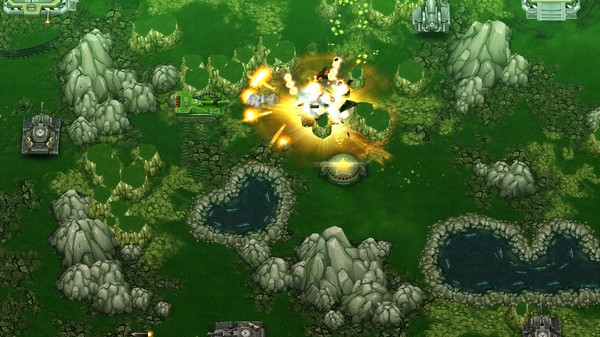 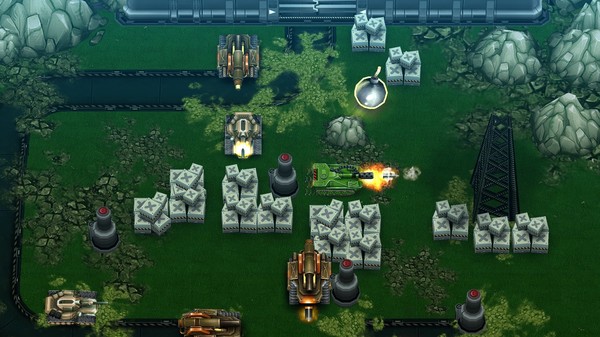 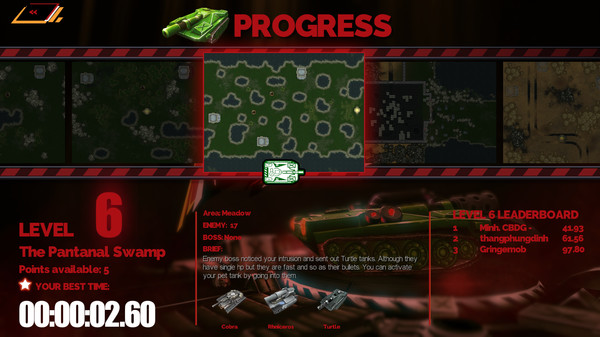 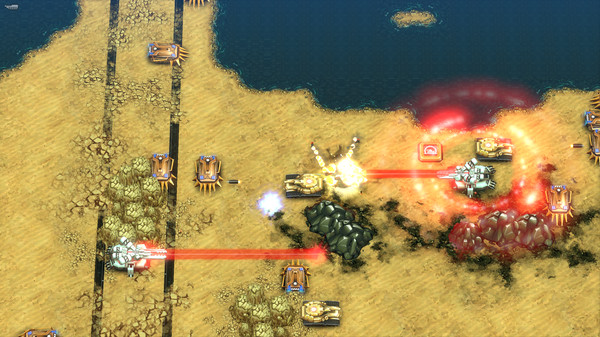