The year is 1986. Cold War leaders Ronald Reagan and Mikhail Gorbachev have been kidnapped by militant extremists. Once rivals, now they must cooperate… or die. Armed only with their fists and samurai swords and poison darts and pistols and shotguns and fully automatic assault rifles and grenade launchers and miniguns and some other guns – sneak, slash or shoot your way through an army of mercenaries. Save the world from nuclear Armageddon.
Reagan Gorbachev is a top-down action stealth game for one or two players (local co-op). 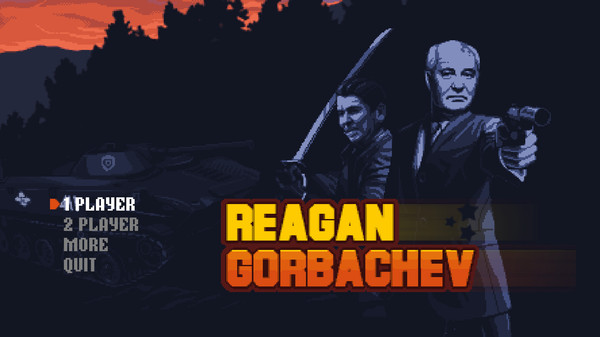 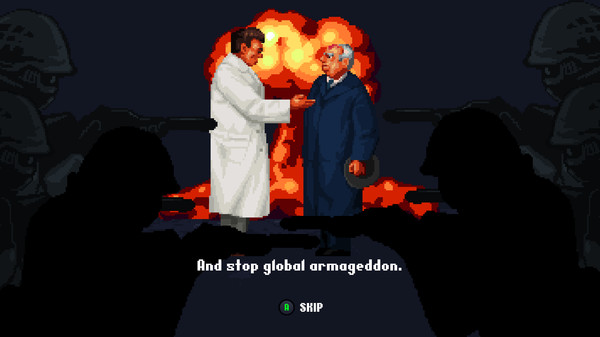 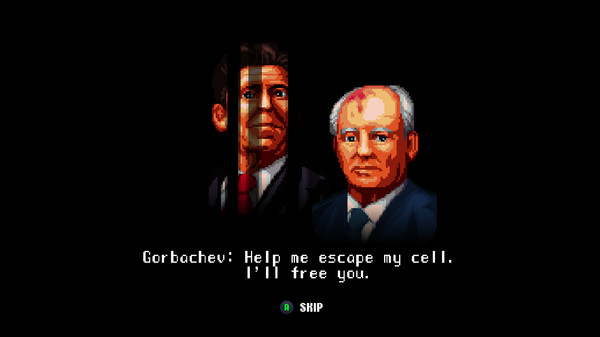 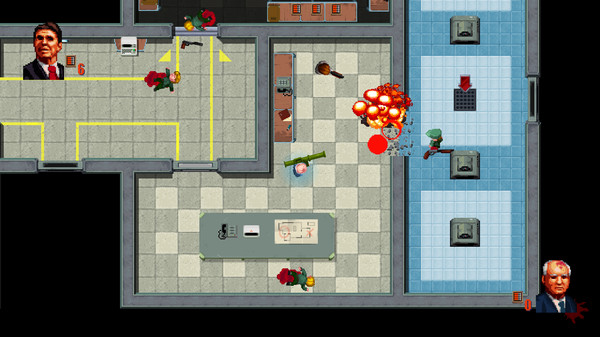 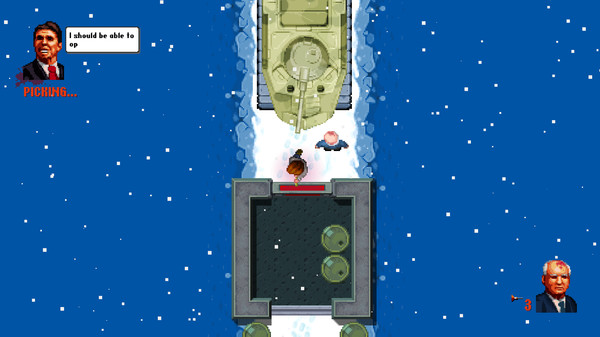 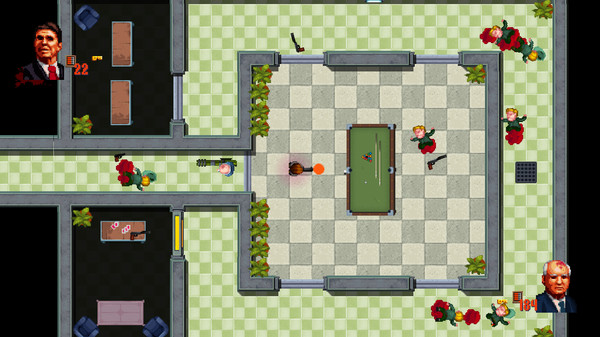 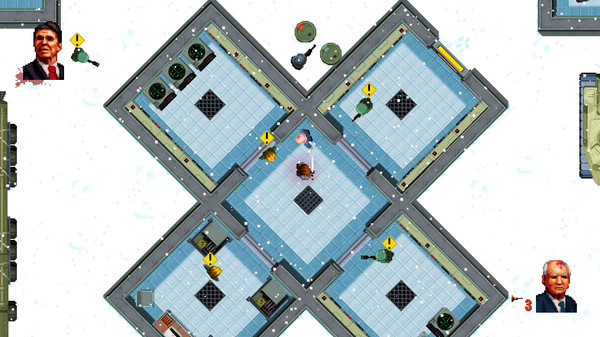 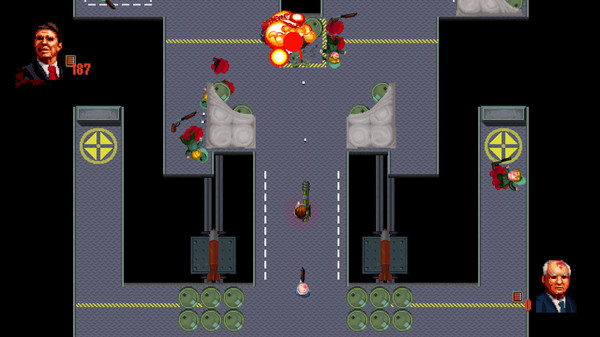 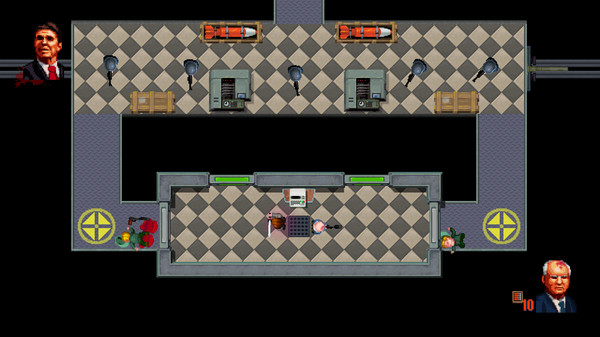 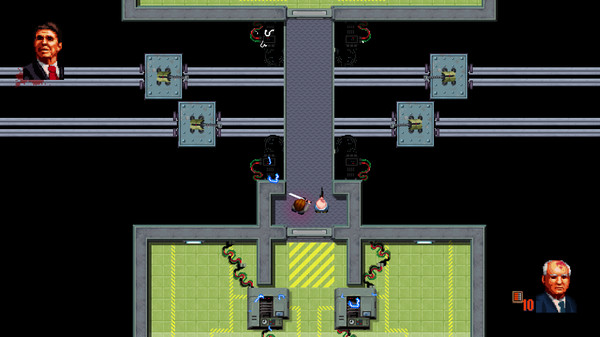 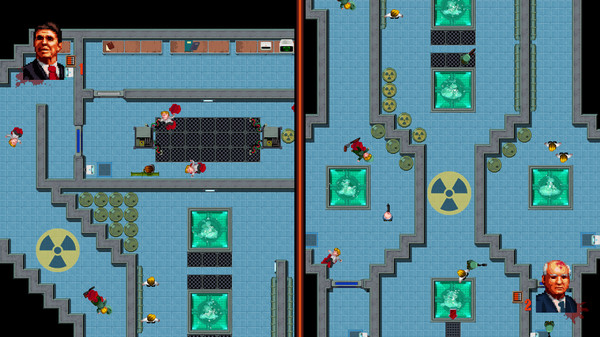