Avernum is one of the great tales of indie gaming, an epic series of fantasy role-playing adventurers set in an enormous, subterranean nation. Avernum is a land underground, a subterranean nation full of rogues, misfits, and brigands, struggling for survival and wealth in the monster-infested darkness. Avernum 5 is the second chapter in the Great Trials Trilogy, three games that tell the tale of this land’s struggles in the face of powerful forces that seek to destroy it.

Avernum 5 has a fascinating storyline, full of betrayal, mystery, and unexpected turns. Explore a gigantic world, with hundreds of quests, multitudes of side dungeons, and many hours of adventure. The game features clever enemies and dozens of interesting scripted encounters. Learn over 50 spells and battle disciplines. Hunt for hundreds of magical items, or find the materials to craft new, unique equipment. 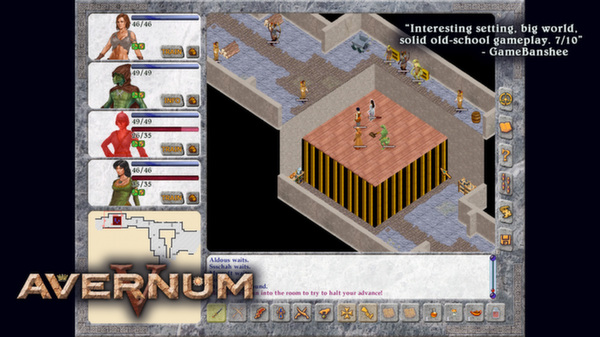 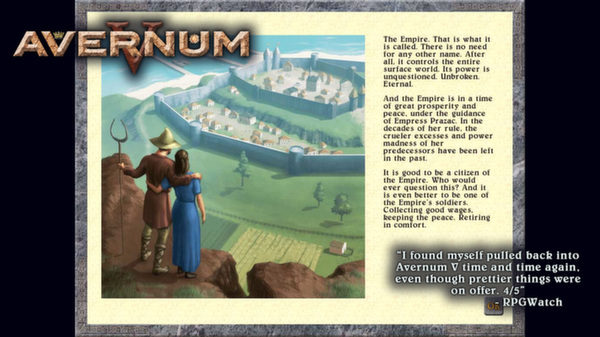 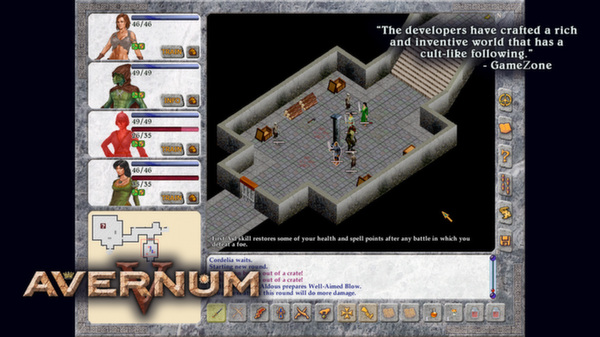