Avernum is one of the great tales of indie gaming, an epic series of fantasy role-playing adventurers set in an enormous, subterranean nation. Avernum is a land underground, a subterranean nation full of rogues, misfits, and brigands, struggling for survival and wealth in the monster-infested darkness. Avernum 4 is the first chapter in the Great Trials Trilogy, three games that tell the tale of your land’s struggles in the face of powerful forces that seek to destroy it.

Avernum 4 is an enormous fantasy role-playing adventure. Wander a gigantic world, full of multitudes of characters, hundreds of side quests, and traps, tricks, and treasure in every corner. Experience the life of an adventurer: the fame, the wealth, the hapless townsfolk begging you for help at every turn! This epic tale is guaranteed to give you weeks of entertainment, with an impossibly huge world that dares you to uncover all of its secrets.

Chronicles of a Dark Lord: Tides of Fate Remastered 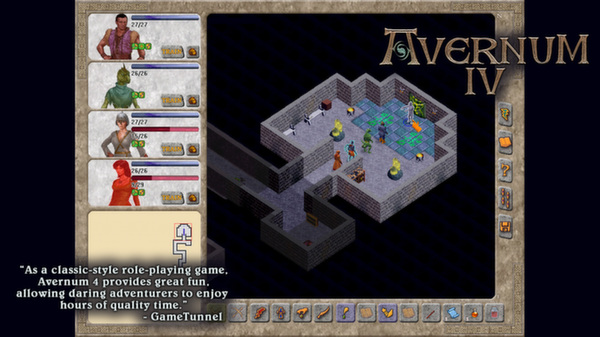 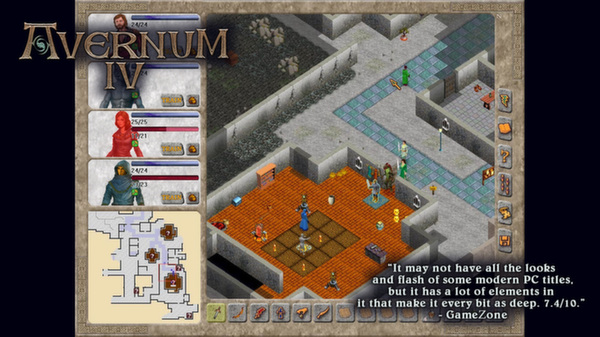