Story
As predicted by scientists, the Milky Way collided with the Andromeda Galaxy. However, they were out in their calculations and the collision occurred much earlier. In 3521, during this cataclysm the Solar System was totally thrown out of the Milky Way by gravitation forces and was sucked into a black hole resulted from the Milky Way and the Andromeda collision.
Description
Starship Annihilators! A classic style vertical scrolling-shooter. Includes 10 levels and 10 boss enemies. You will have several power-ups for weapon modification. Within each level, you will face different enemies, among which will vary from low to extreme levels of threat! 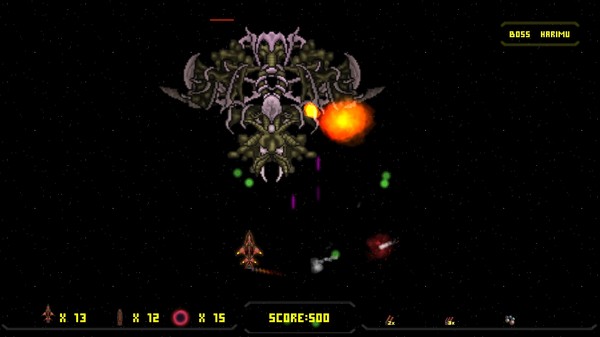 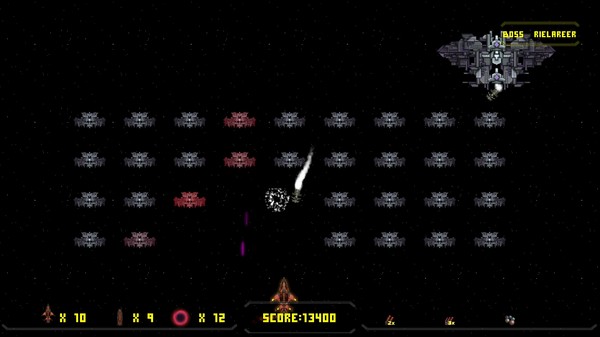 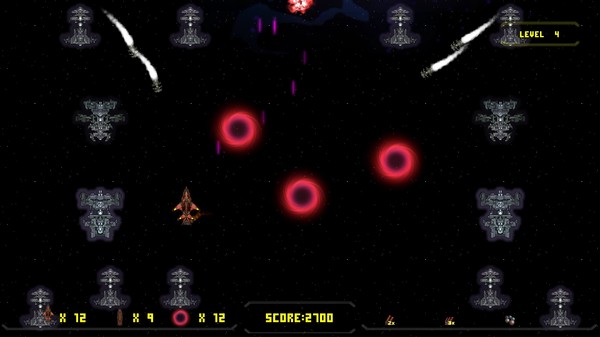 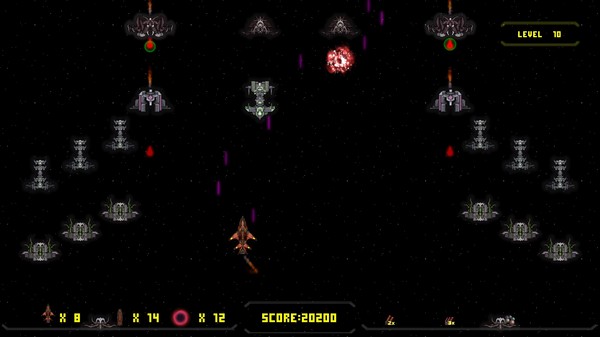 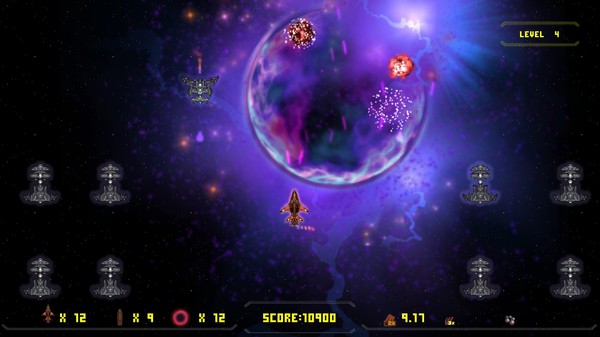