Wars Across The World

WAW is a unique game concept which aims at simulating in one single system ALL conflicts throughout the world (and beyond) from Prehistoric times to nowadays, from grand massive wars to asymmetrical conflicts. And it will work also on non-historical, alternate history, fantastic or SF titles. The key is the use of a single system of rules and situations which works in all cases.
Why? Because we want players to learn rules only once, get confident and at ease with them, and then spend all their time with the titles in the collection in a speedy and effortless manner ... for example, the battle screen will be similar throughout the games, and thus will require almost no adaptation for enjoying it in a new game!
Practically, a few minutes are required to read about the specific properties and content of a new scenario and you can jump right in!
The Main Game Features includes:


The scale changes according to scenarios. A ground combat unit could be only a simple battalion or a whole army. A region may represent a few square miles or a whole country. And similarly, a game turn could be just a few hours or up to many years!
Game allows for coverage of different ‘spaces’ of play, such as land, sea, air or outer space…!
Basically, all titles in the Classic collection have a reasonable playing time and a limited number of units and cards, making them both fun and fast to play.
The Expanded collection is more ambitious, usually doubling the scope of the Classic one.


WAW essentially offers two collections, the Classic (short game play time, a hundred or so units, three dozens of event cards, a game map equivalent to about 2 game screens) and the Expanded (double size more or less from the Classic). Each collection will require a base pack to run (giving the engine, 3 games and the editor), and you will be able to get also thematic packs (4 games on the same topic / region) in addition to the independent game scenarios.

The base pack, WAW ‘CLASSIC’ is delivered with 3 different themes (and then dozens of DLCs):

The advanced pack, WAW ‘EXPANDED’ version of the engine offers larger maps, more units, generals, playing cards and events. It is delivered also with 3 themes:
AUSTERLITZ 1805, Napoleon’s most famous campaign;
BERLIN 1945, the fall of the Nazis against the Soviets;
and KOREA 1950, the hottest conflict of the ‘Cold’ war!

WAW will work in French and English, other languages following soon after.
First version is in solo mode; multiplayer should be coming late 2016.
Each month, a new scenario will be released! 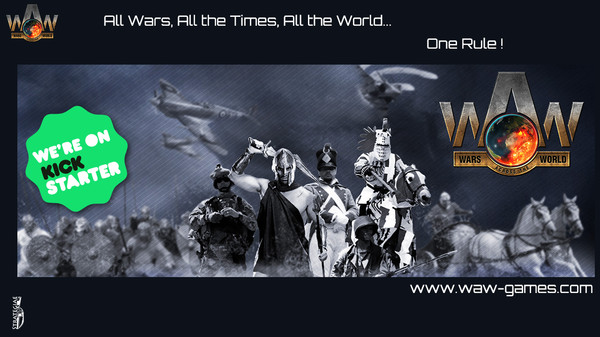 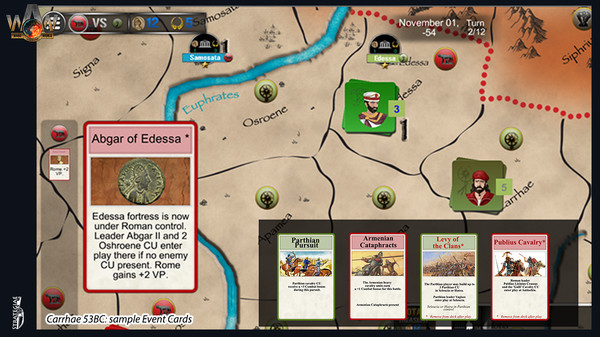 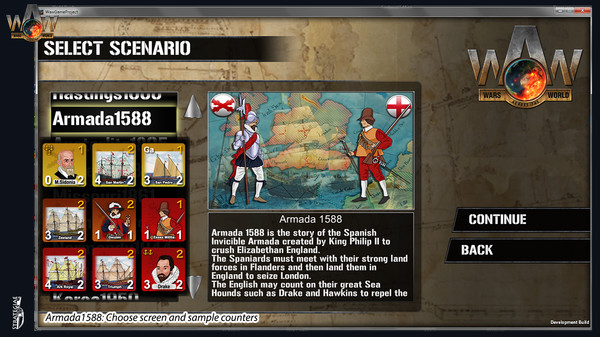 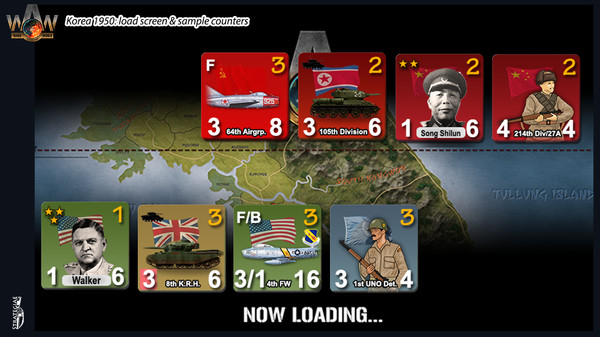 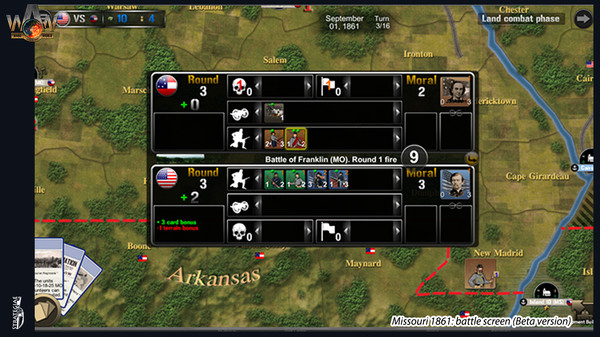 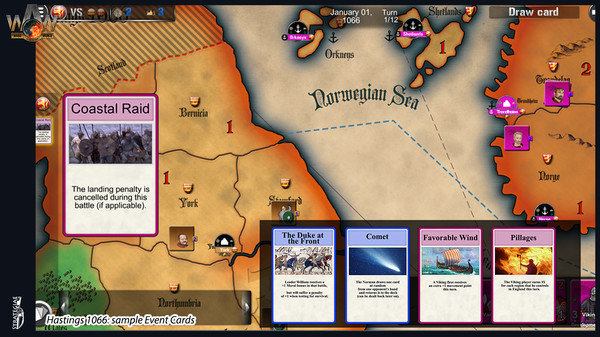 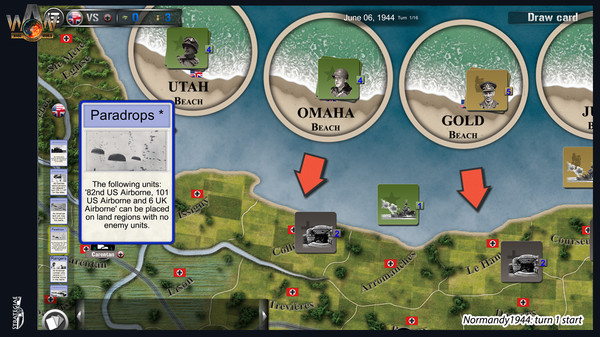 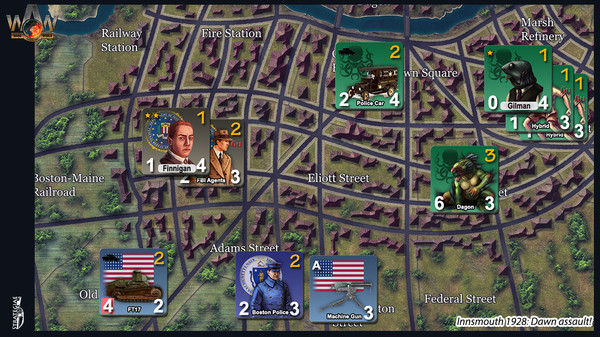