月之暗面 The Dark Side Of The Moon

Note: the game does not support English and only supports chinese. And there are no plans to translate into English in the near future.
The independent online game is a round competition, which is very different from the previous Chinese leg net game. There is no different blance between players, no difference in PK, more attention to the competitive.
Be Independent and Try New Things.
Official QQ group 1: 512133479

Rules Of the Game

"Everyone's heart is like a moon. There's always a dark side, never seen."
After the game starts, each player will randomly assign one person's humanity (one of the 14 human nature) :
Rage, greed, conceit, paranoia, disorientation, lust, gluttony, laziness, jealousy, hypocrisy, arrogance, fluke, selfishness.
At the time of the Red Moon, each team will randomly choose one person to initiate the empowerment.
Human nature has no absolute advantages and disadvantages, how to make decisions is all about yourself, you can destroy yourself, or you can save yourself. It's up to you at all.
There not set chat channel in the game, the player's speech are all visible, so the players need to be careful not to reveal of the team cooperation, and protect your humanity not to be known by the enemy.
The game consists of 5 people with super powers and 6 unique pets. There are 24 skills and 29 pet skills.
In the competition, you can go to the store to buy medicine, hidden weapon, as many as 27 items.
Both the character and the pet species can be changed at any time in the competition, the skills and the variety of skills, the game change multiple, the vague of the humanity and difficult to guess, so it test the player's reasoning and psychology very much.
Each player can perform a character operation and pet operation in turn during the round preparation stage.

・ you can attack, defense, launch skill, launch humanity.
・ you can assign properties, strengthening blood, magic, strength, agility, speed, a psychic of the characters and the pet.
・ you can strengthen the equipment, according to your own preferences further enhance the certain attributes of the characters.
・ you can buy consumables to use, supplement blood, magic, increases damage, remove seal, remove the poisoning, hidden weapon, get some special effects, etc.
・ you can modify any characters and pet at any round!
The better you performance in the game, the more golds you get.
Golds can be used to assign characters attributes, strengthen equipment, buy consumables, comprehend pet skills, modify characters and pet types.
Win the game by knocking out all the enemy. However, the 3v3 model contains a mole, and the mole needs to help enemy to kill their teammates to win.

Are You Ready to Challenge Your Dark Side? 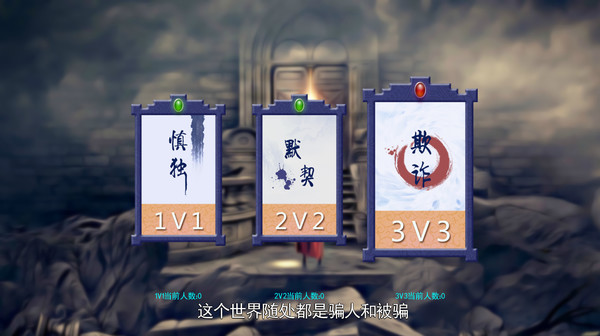 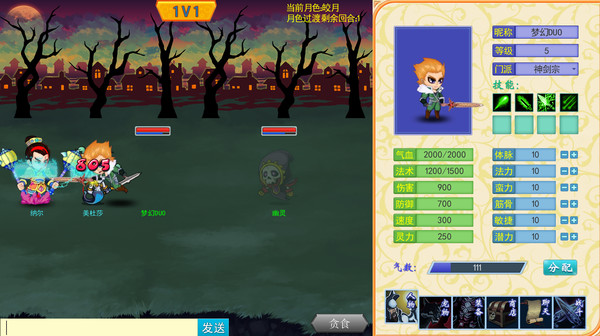 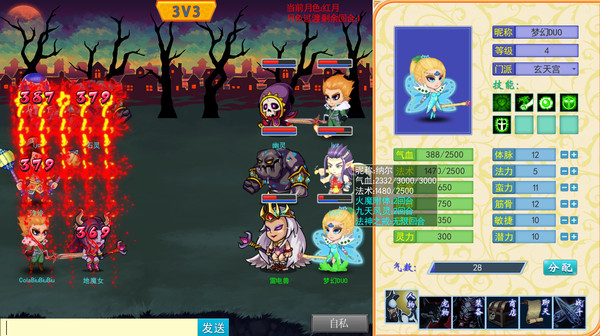 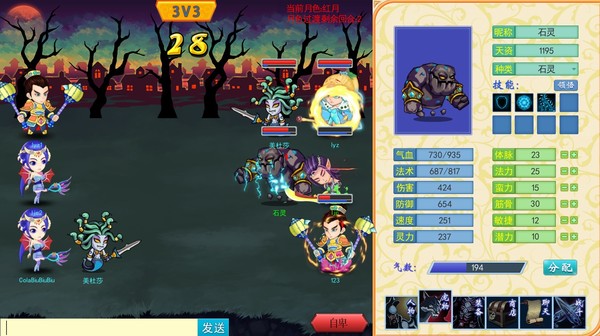 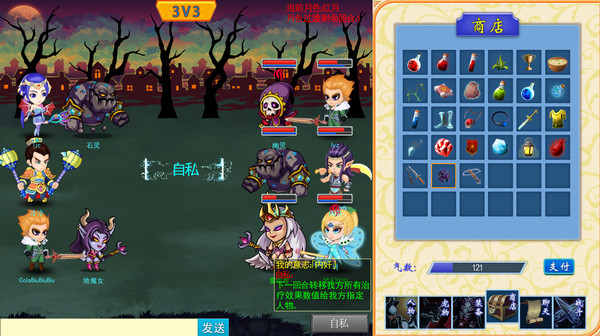 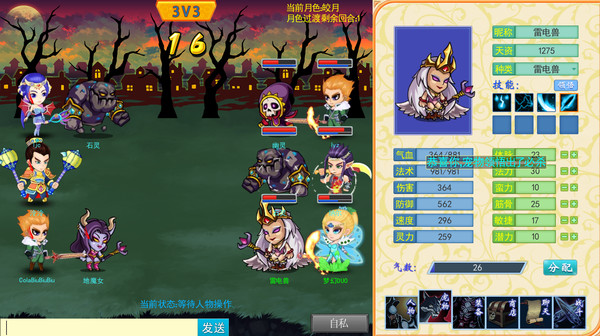 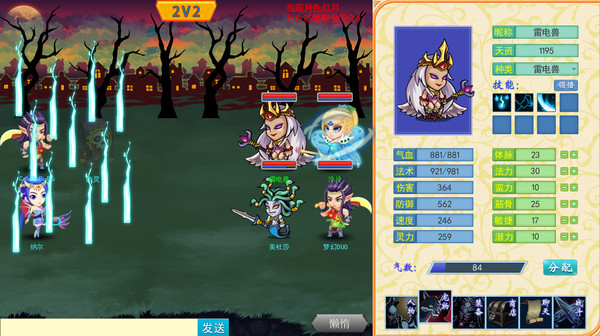 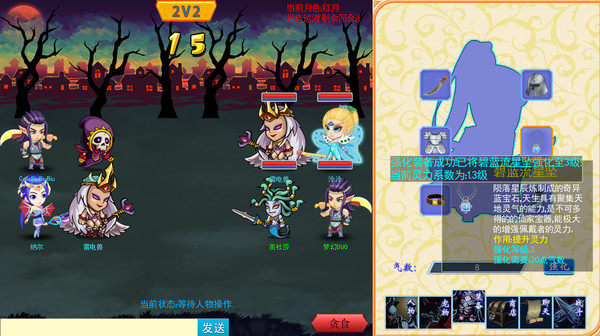 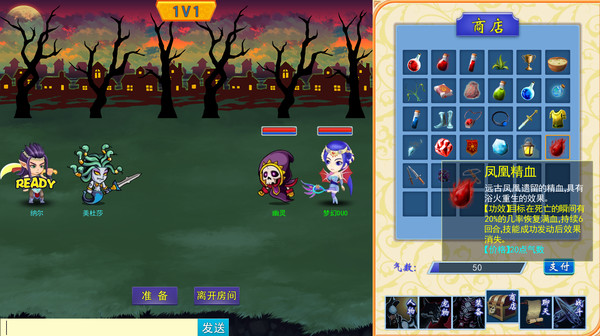 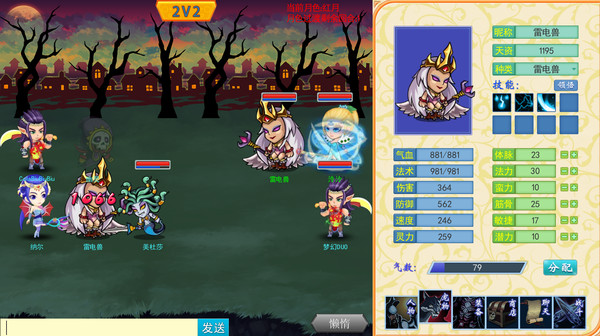 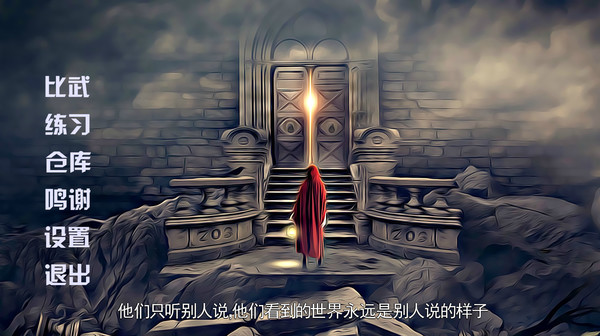 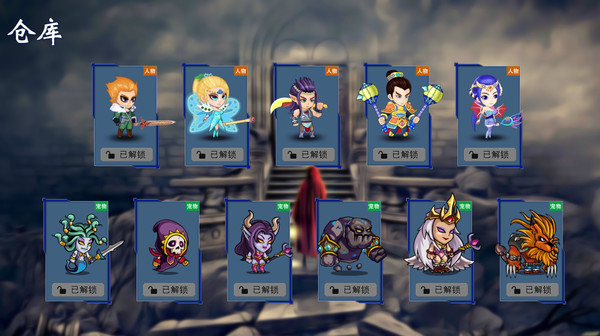