Corrupt is a simulation game that will introduce you in the world of a corrupt politician. Take control of legislative buildings, companies, banks and much more ! Try to maintain your influence and security because protests and strikes can show up any time.

Too many frauds in a row make population angry, in this case a single mistake can lead you in prison, however paying the police will stop the revolts. This doesn't work ?
You can always corrupt the defense minister to get its protection. 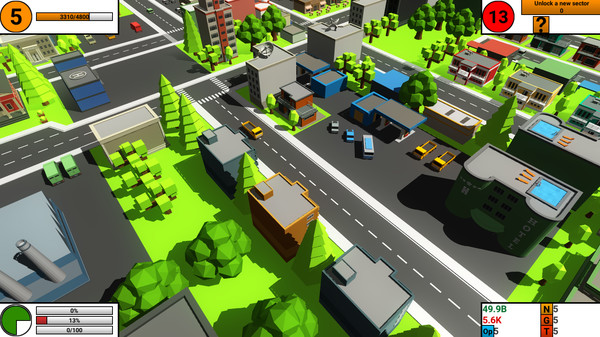 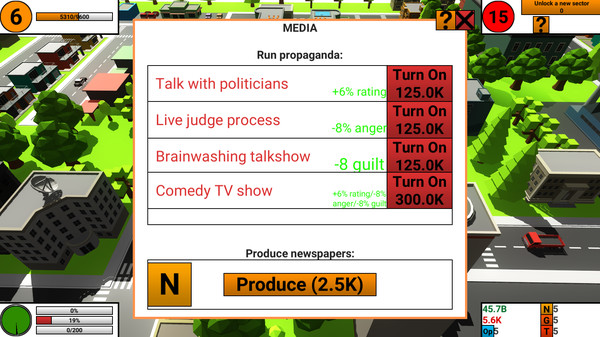 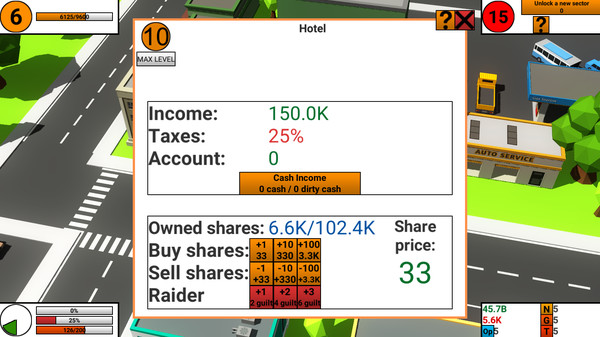 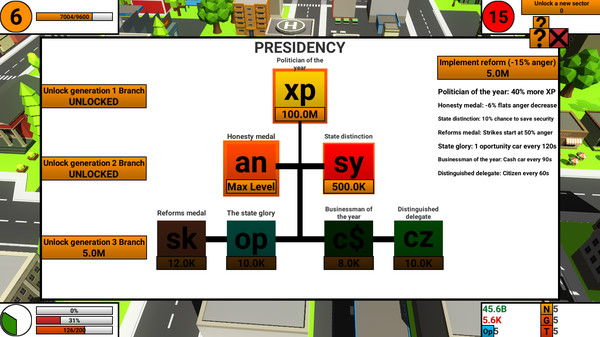 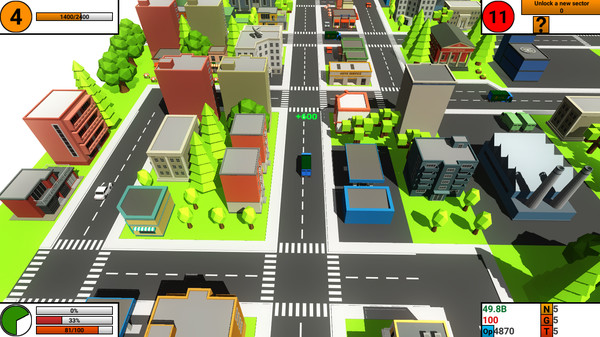 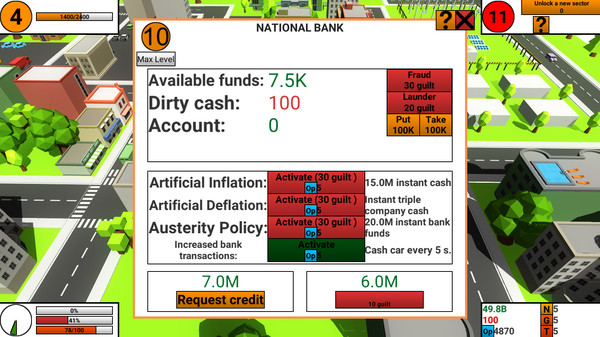 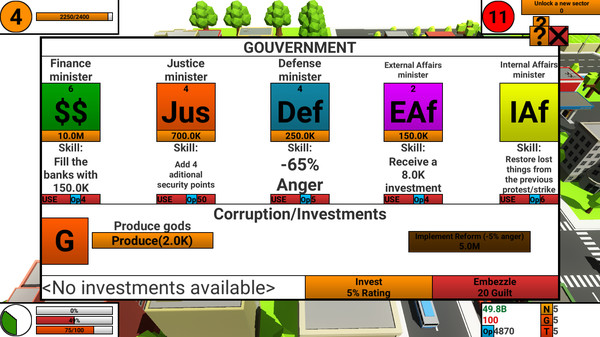 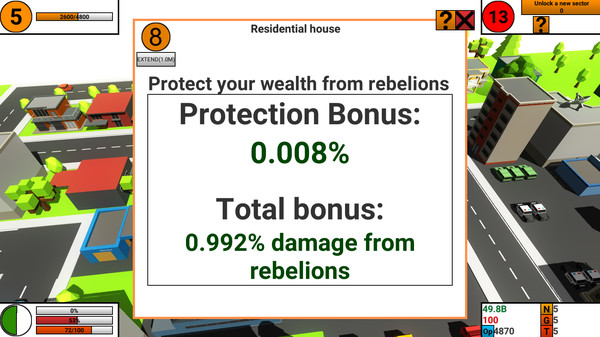 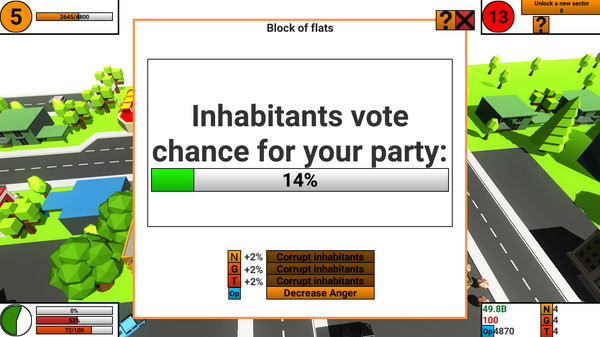 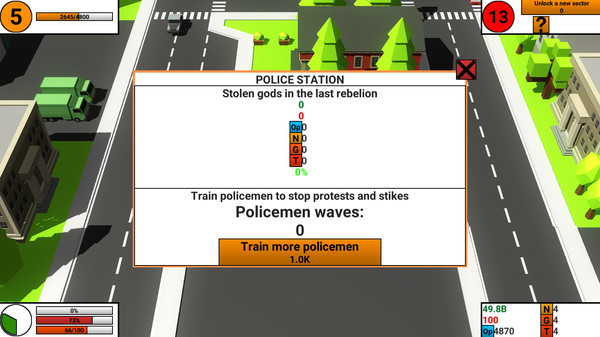