Flaunt your deck control and gain the respect of your squad by building monster combos and dropping them hard on the rookies opposing your team. Your innate mastering of the trick system will allow you and your team control of the arenas and ultimately the game!

Why a Free Week?

Like any proud parent, we love Decksplash, but unlike deluded creators, we want to believe that you love it too. Thus we’ve devised a ‘first of its kind’ experiment: The Splash N’ Grab! We’re releasing the game free for a week AND if 100K people download, play, and have fun, we’ll instantly launch the game at the end of the free week. If not… RIP Decksplash.
The game’s future is in YOUR hands. We hope you have fun being a part of gaming history! (However it turns out -- fingers crossed...)

It’s simple:
Get In
Get Splashing
Get the Game Released
Share the fun with friends, family, lovers, acquaintances, fans, pets, and enemies to get them playing as each person counts towards the overall progress of the meter above!
Here’s a handy little link to get you started with sharing the love.

You Will Be Rewarded!

During the Free Week, All players will be pleased to hear that all your loot, levels and coins will be carried across to the full version of the game as a reward.
Aim high and if you reach the top of the leaderboard, finding yourself looking down on those around you with a total to rival the devs, enjoy the smug feeling that comes with being king of the deck.
And for this one week only, you’ll be able to unlock and keep the Eirik board set, giving you a unique part of Decksplash history that no one else will be able to get.
You help get 100K people playing, you help get the game get released and we will bow down to you; forever remembered as a champion among mortals!

Competitive 3 vs. 3 - Take part in fast and furious matches which will pit your deck-splashing abilities against others looking to prove their skills.
Dank Skrilla - Earn yourself loot boxes with new board designs by taking on your opponents in incalculable fashion.
Party Up - Nothing says BFFs than the squad getting their decks out to splash with complete strangers!
Getting TRIꓘT out! - As you flip and spin through the air, you’ll be accredited for each trick you pull off with its real world counterpart.
2ManyBoardz #FirstWorldProblems - Play with any of the freaky fresh boards, each designed to have its own unique personality and flavour.
Full 3D Controls - Become the master of dimensions as you spin your board in full rotation of the X, Y AND EVEN Z AXIS! (Wow, it’s the future we were promised, eh?)
Shock the Competition - See the cool kid on the block tryna prove themselves? Decimate them with a shockwave, throwing them through the air and destroying their combo. 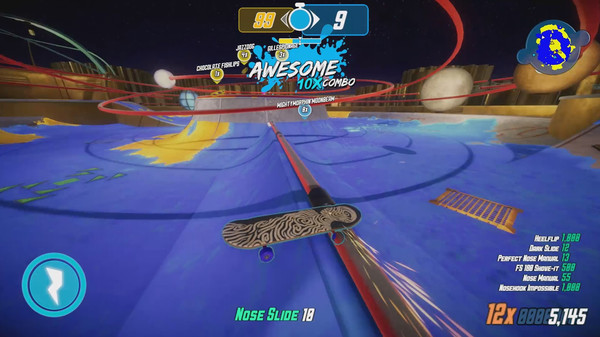 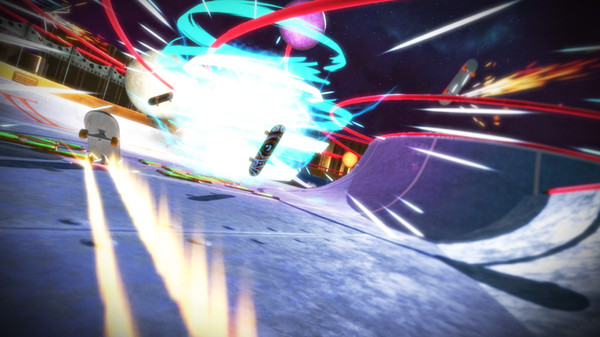 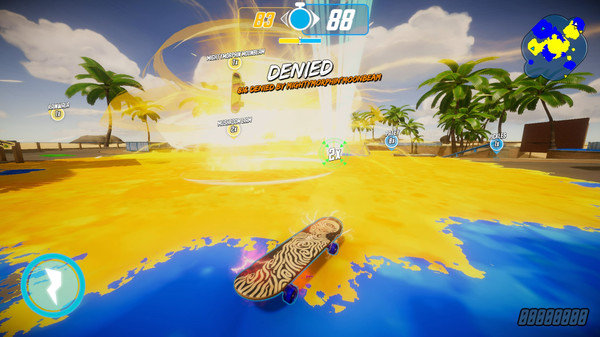 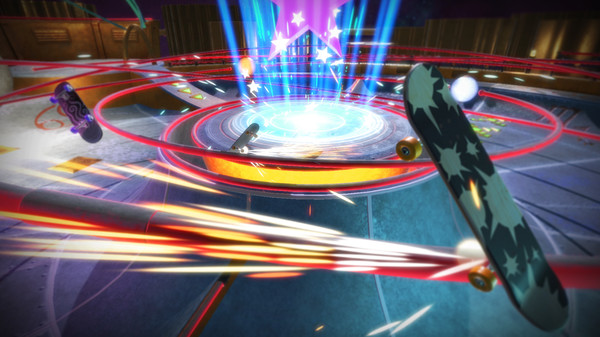 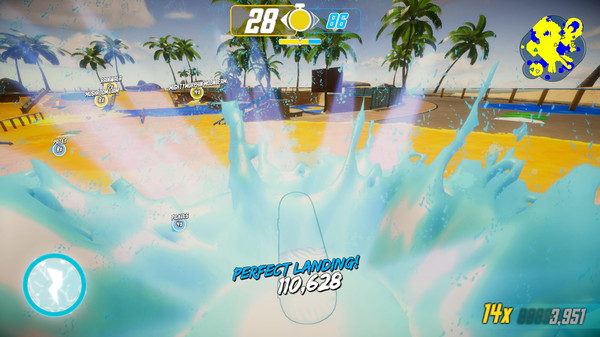 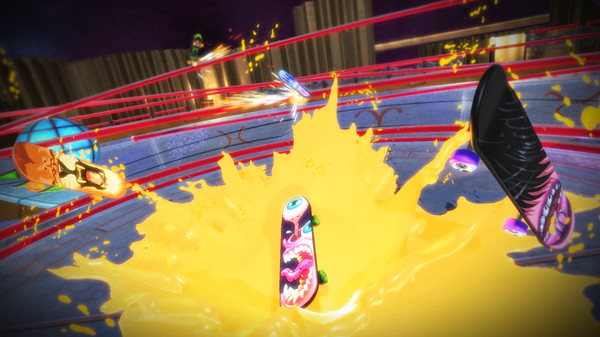 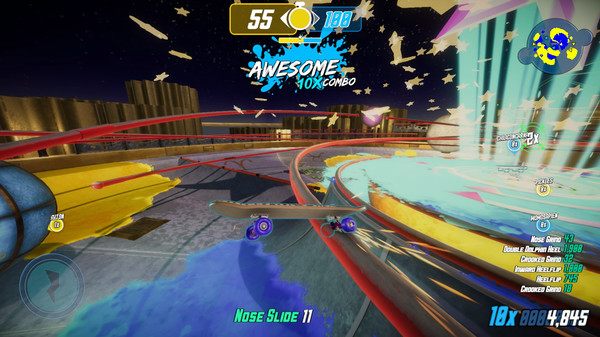 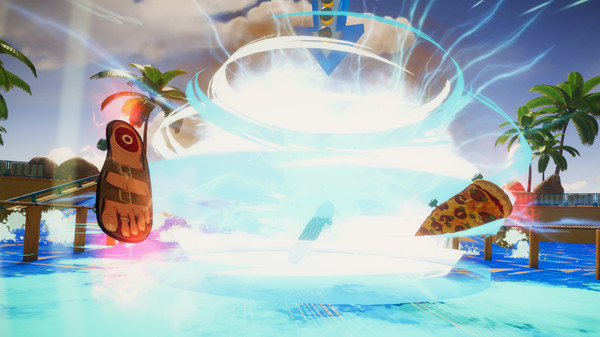 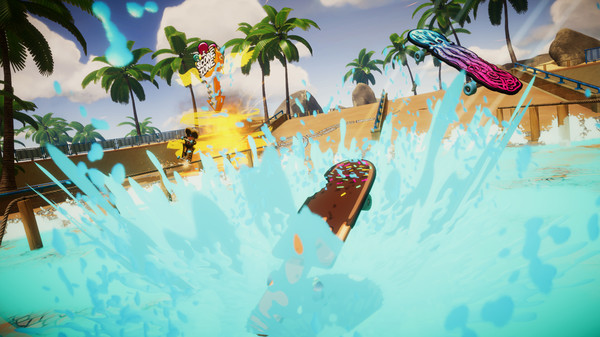 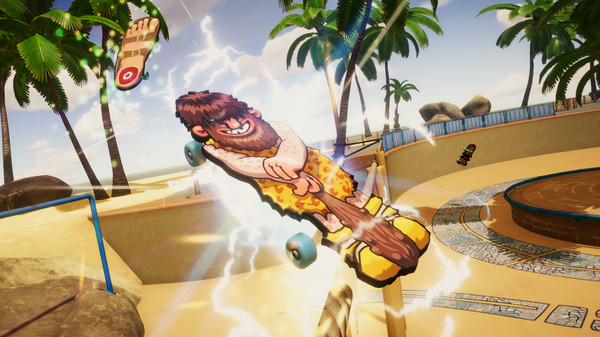 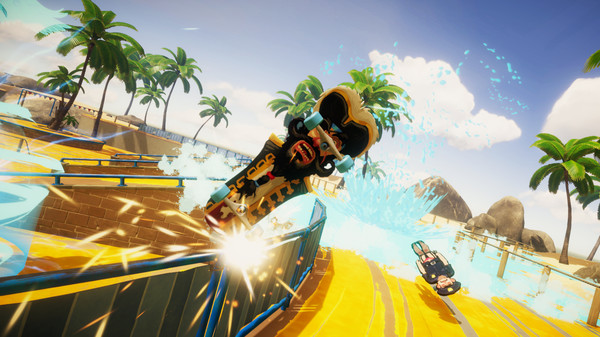 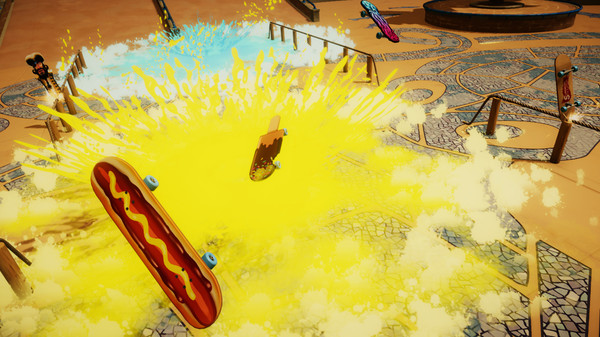