Lost In Purple - Sci-Fi platformer with RPG elements, which tells us the story of a space traveler crashed in deep space. The planet which turned out to be the hero is dangerous for foreigners, almost all its inhabitants aggressively against you configured and ready to attack at any moment. The game has a lot of bosses, each has its own unique combat mechanics. Do everything possible to return to home planet.
Features :

Gameplay :
Sci-Fi + RPG + Platformer = Lost in purple. The game combines the mechanics of classic platformer with a versatile development of character from the world of RPG. Jump on the platforms, avoid traps, defeat your enemies. Didn’t work at the first time? Develop your character and try again! All locations of the world are available for re-transmission, farm and swing can be infinite.
World of “Lost in Purple” – It is a fictional planet that combines Fantasy and Sci-Fi. You will meet peaceful civilians and they will help you get back home, fabulous aggressive monsters that will hinder you and peaceful inhabitants. In addition to living beings on the planet are widespread robots of all types and sizes. They obey the evil artificial intelligence, which ordered them to destroy all life. Free the planet from the tyranny of aggressive monsters and crazy machines! 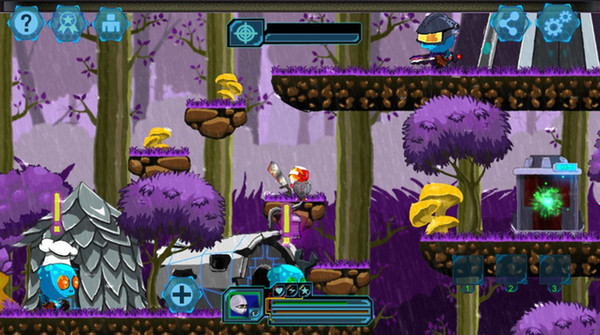 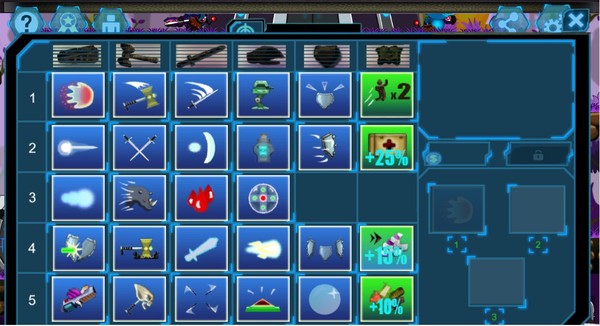 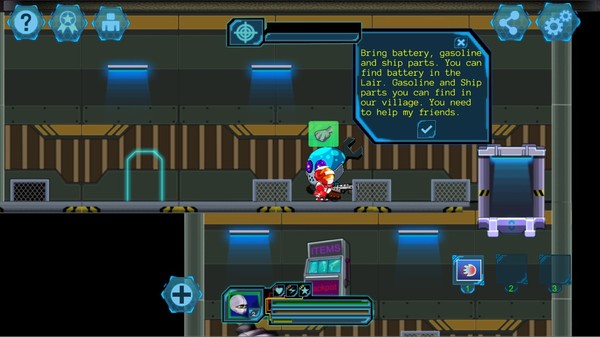 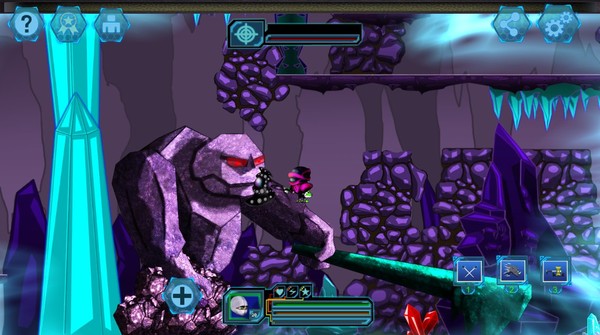 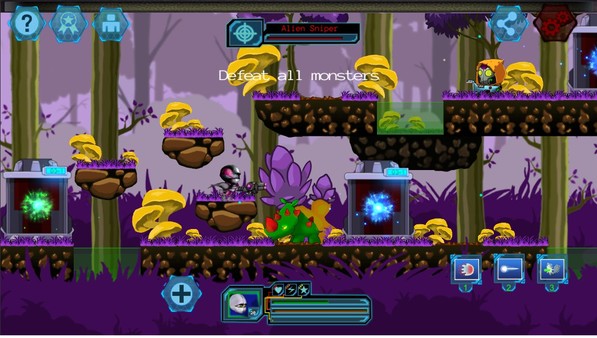 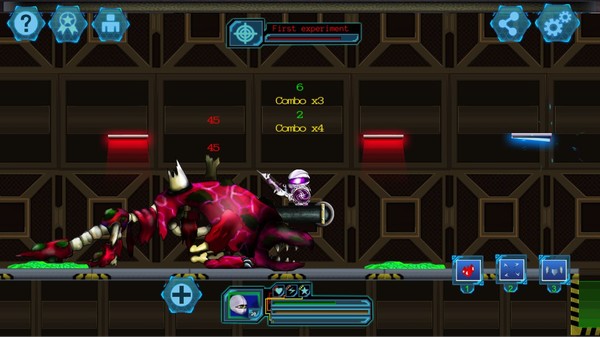 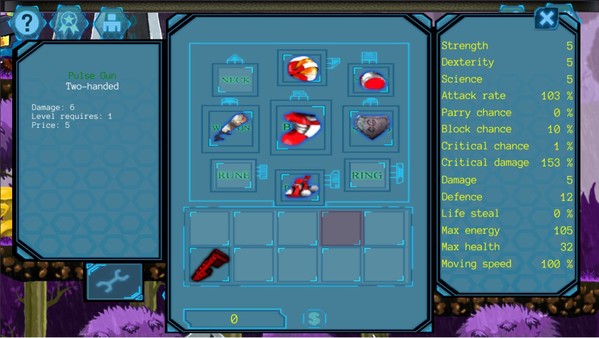 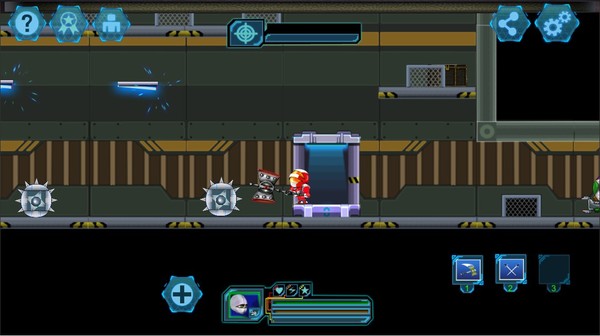