8DAYS is a crazy dual stick shooter in which you play as a mercenary for G.O.D. Inc. (“Gold Oil and Diamonds” - GOOD Nasdaq).
G.O.D has become the world leader in the Private Military Company (PMC) sector and its main business is to bring peace to those conflict areas where its clients have strategic interests.
Your first mission is to move to the East and break the world rice embargo which is prohibiting the Western upper classes from enjoying their daily sushi.
Your must persuade the local military dictator to end this embargo.
The final game will include 5 missions.

Along the missions as G.O.D. expendables mercenaries you will have to face those conflicts and put them to an end... will you?
In your first mission as one of G.O.D. expendable mercenaries you can play as
Mike "Ghost" Doe
or Lola "Wasp" Cruz in the solo mode or with both in the coop mode.
Santa Clara Games is an independent videogame studio based in the beautiful city of Donostia - San Sebastian (Basque Country).
It is ruled by the two crazy guys Alex Martin (@gravstar) and Iñaki Martinez (@ipuntom) since 2013.
They love making video games for you! Their first title HassleHeart was released in 2014 and won the hóPlay Best Basque Videogame award. They keep working hard to make more missions for 8DAYS and bring them to you this year. 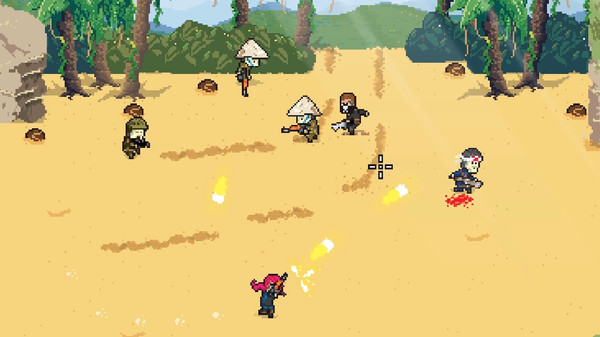 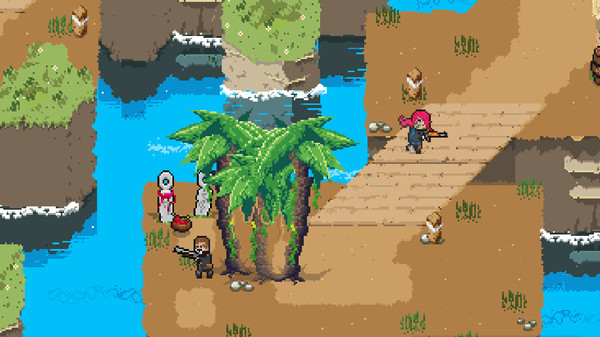 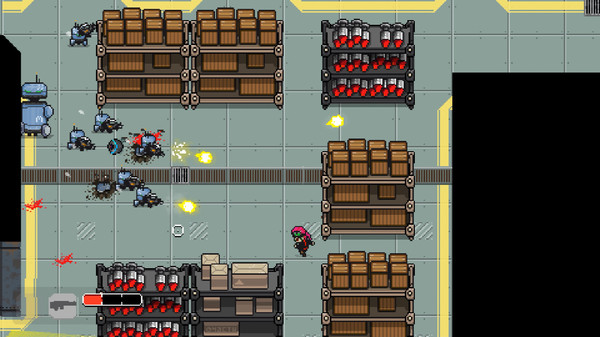 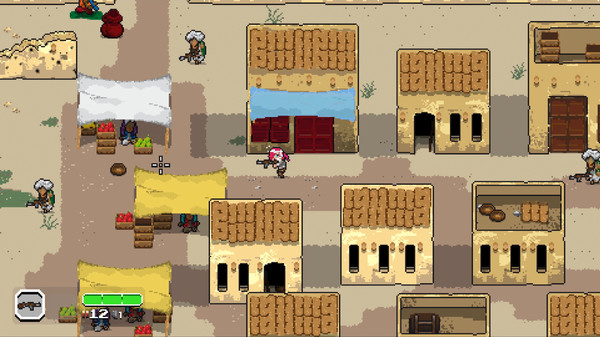 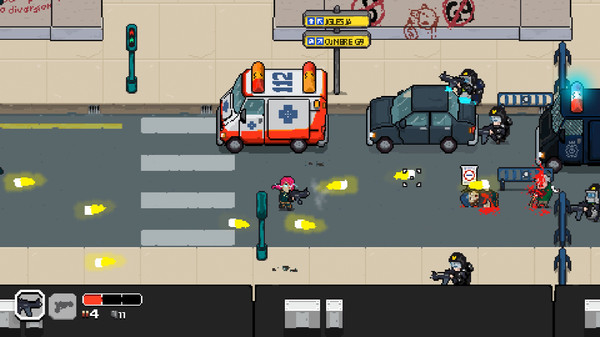 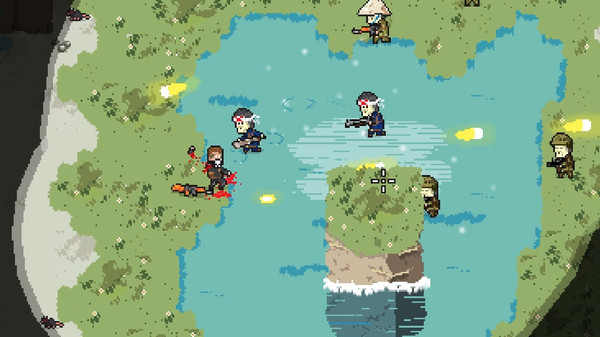 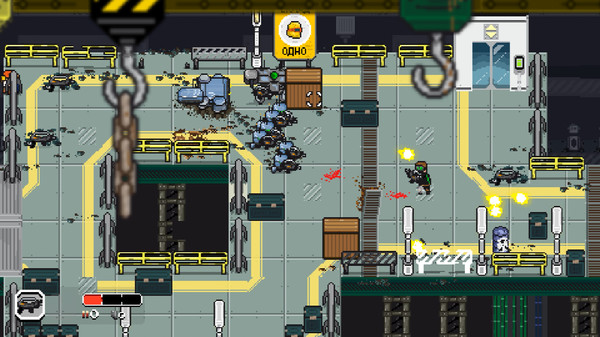 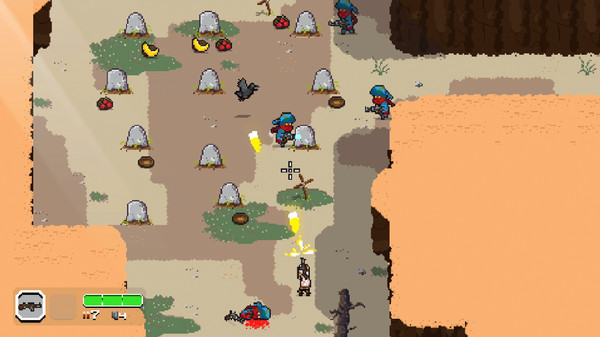 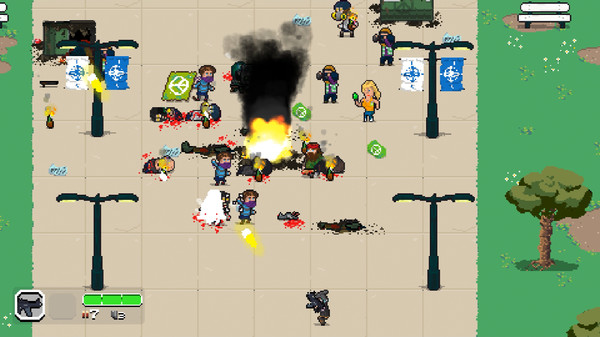 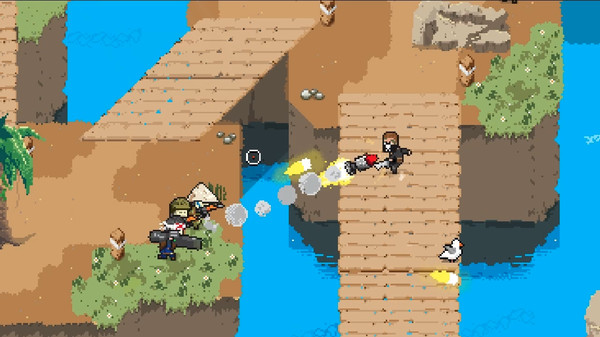 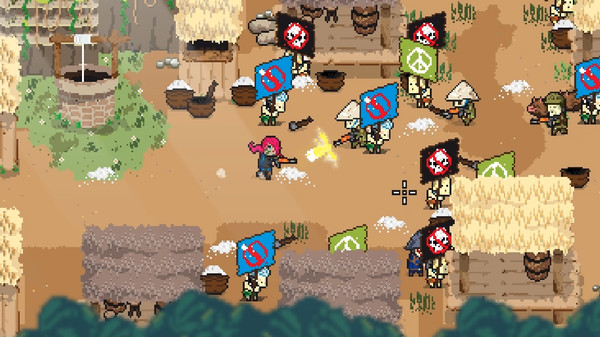 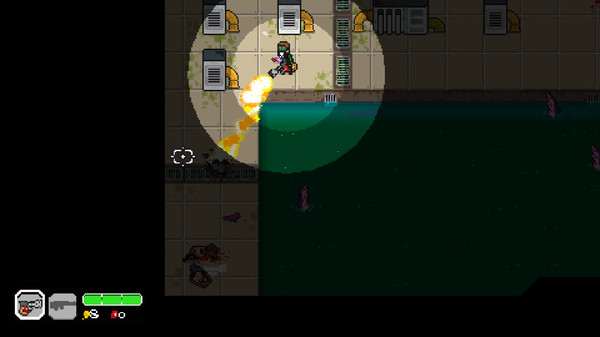 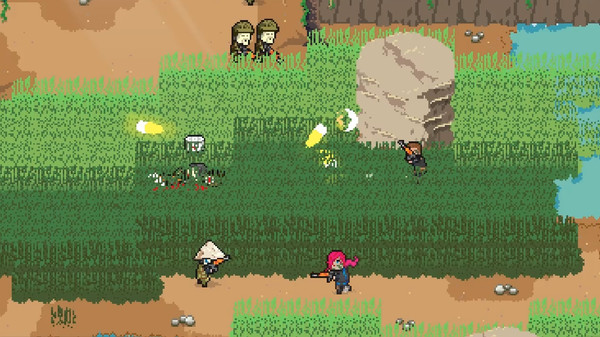 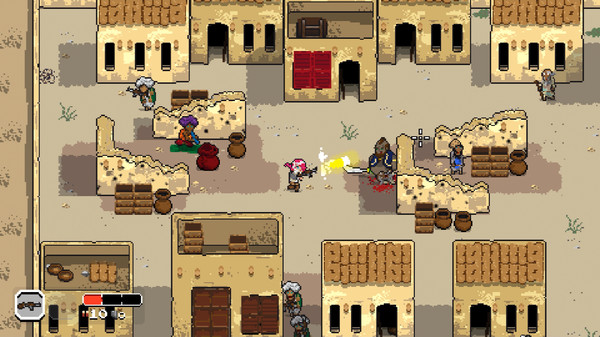